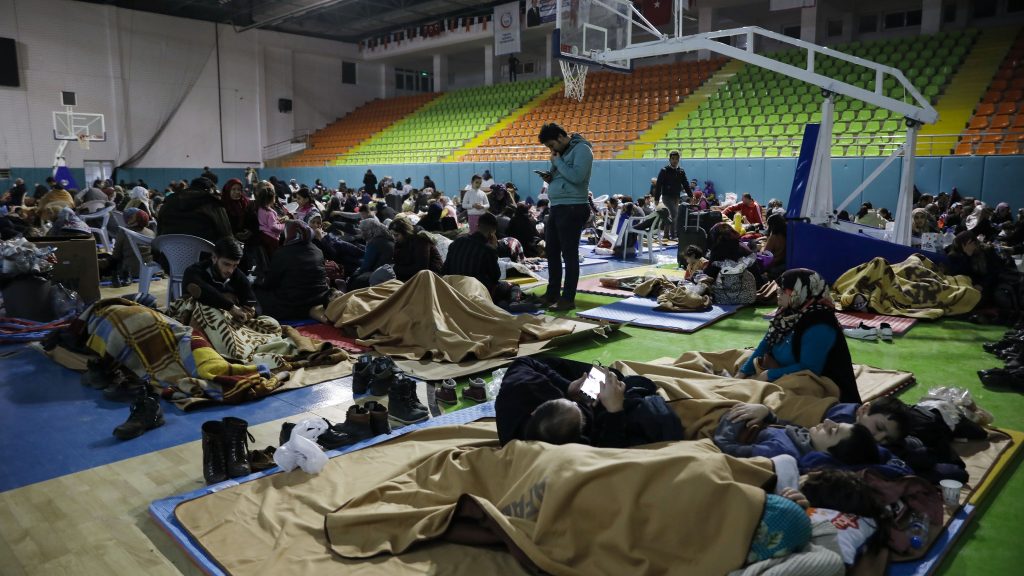 Rescue teams in eastern Turkey continued to pull survivors from collapsed buildings on Sunday, more than a day and a half after a powerful earthquake hit the country’s east, killing at least 35 people.

The magnitude 6.8 quake injured 1,556 people and 45 people have been pulled from the rubble so far, the Turkish Disaster and Emergency Management Presidency (AFAD) said.

As overnight temperatures dropped to minus five C (23F), emergency teams set up more than 9,500 tents for displaced residents and distributed some 17,000 hot meals.

Rescue teams concentrated their efforts in the Mustafa Pasa area of the city of Elazig and the nearby town of Sivrice, the closest residential area to the epicentre of Friday night’s quake.

Turkish television showed Ayse Yildiz, 35, and her two-year-old daughter Yusra being saved from a collapsed apartment building in the Mustafa Pasa district. They had been trapped for 28 hours after the earthquake struck.

The delegation visited the places where the people found shelter after the earthquake.

The HDP delegation informed the public that the 27 municipalities they visited were ready to support them and that they have started working to meet the needs of the victims.

The HDP delegation will visit the families of those living in the city who have lost someone or have wounded relatives in hospitals.