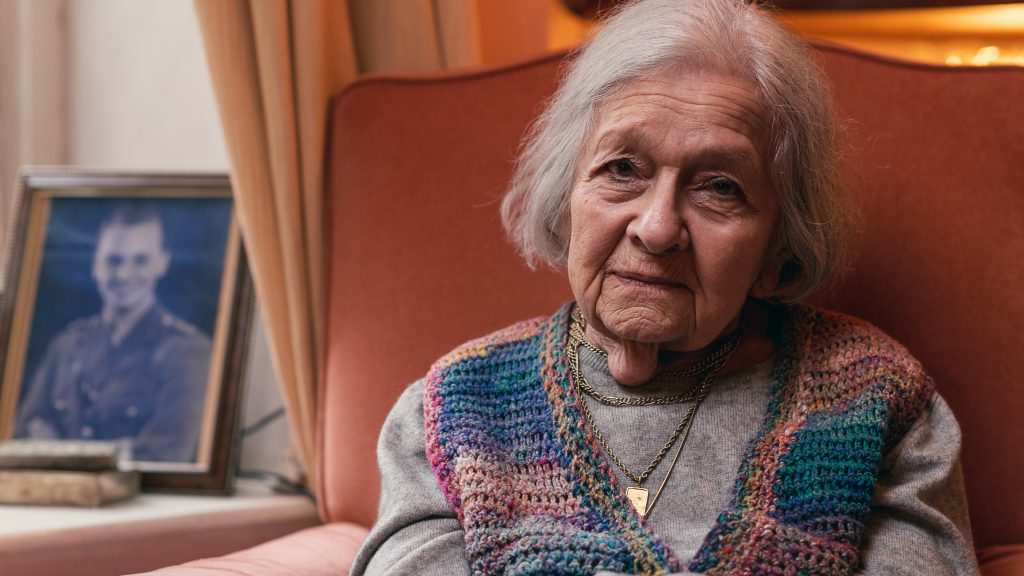 A Holocaust survivor has paid tribute to the “remarkable” British soldier who came to liberate the Bergen-Belsen concentration camp 75 years ago.

Mady Gerrard, 90, has a picture of Lieutenant John Randall – with whom she became friends decades later – on display at her home in Cardiff today.

Lt Randall and his driver, Cpl Brown, were the first men to enter the camp after stumbling upon it during a reconnaissance mission.

They found more than 50,000 prisoners suffering from disease, starvation, neglect and torture, as well as the bodies of thousands of those who had already died.

Gerrard was 14 when she was taken to Auschwitz in July 1944, after her home country of Hungary was invaded.

She was forced to walk in freezing conditions for 10 days in winter and arrived at Bergen-Belsen, which she described as “the worst of everything”, in January 1945.

On 15 April, Gerrard was looking through the filthy window of the hut she had been kept in when she saw a Jeep coming.

“I saw a man in uniform, he came to our door and opened it. It was full of girls like me, the same age and size – skeletons, most sat on the floor unable to stand,” she said.

“I later found out it was John Randall. He couldn’t believe what he saw. We spoke to him in German, saying we couldn’t speak English but we were terribly grateful.

“We knew it was liberation, and we thought it was wonderful, because we knew we only had a few days left to live.

“It must’ve been the best day of my life. The conditions were impossible to imagine, to be there, I don’t wish it on anybody.”

Gerrard was later transferred to the town of Belsen, before being taken to Sweden to recuperate.

At the age of 16, she moved back to Hungary, where she got married and had a daughter, before divorcing and illegally fleeing the country with her child when revolution broke out.

She became an acclaimed fashion designer, developing her own brand of crocheted and painted silk garments which led to her living in New York before returning to South Wales.

“I’ve now lived here for 63 years, and I still think it’s the most decent country in the world,” the now grandmother-of-three and great-grandmother-of-two said.

On April 10 2005, Gerrard saw an article in the Sunday Telegraph featuring Lt Randall to mark the 60th anniversary of the liberation.

“I knew he was the man and I screamed so loud my dog thought I had gone mad,” she said.

“I always thought I would remember him if I saw him in the street, but how would that be possible?

“He would have aged like I have. But I saw the picture of him from those years before and knew he was the man who gave me back my life.”

She wrote to the newspaper and received a call from Lt Randall the following Monday, with the pair arranging to meet in London.

“We became very good friends for 11 years until he died, visiting as often as we could. He was a remarkable man,” she said.

“He was a friend, but he was also my hero. I was lucky it was him and not anyone else who walked through the gates, and the fact I found him all those years later makes the story even more remarkable.

“If he hadn’t have come in, more of us would’ve died. I think about him. I miss him terribly.”