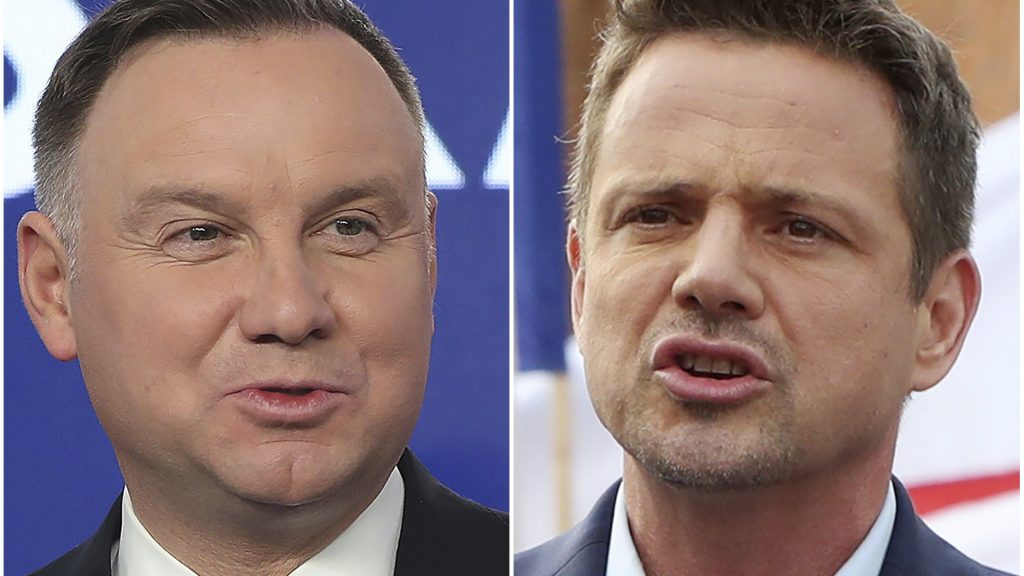 Voting is under way in Poland’s knife-edge presidential election. It’s set to be a run-off between the conservative incumbent Andrzej Duda and liberal, pro-European Union (EU) Warsaw mayor Rafal Trzaskowski.

Duda is backed by the ruling right-wing party and the government, as he seeks a second five-year term. Meanwhile, Trzaskowski, a former European Parliament politician, is running for the main opposition Civic Platform party.

Latest polls show that the race may be decided by a very small margin. Both sides are calling to some 30 million eligible voters to cast their ballots. Turnout is expected to be higher than the 64.51% in the first round on 28 June. In the first round, Duda got 43.5% and Trzaskowski 30.5% of the vote.

Polling stations remain open until 9pm (1900 GMT) when exit polls will be released. The final official results are expected early in the week beginning 13 July.

The Polish president has the power to veto the ruling party

The outcome of the election will decide the shape of politics in deeply divided Poland, at least until 2023 when parliamentary elections are scheduled.

If Duda is re-elected, the Law and Justice party that backs him will continue to have a close ally in the president and maintain its hold on almost all key instruments of power in the country. Law and Justice is widely known as a right-wing, populist party.

A win for the more progressive Trzaskowski would give him the power to veto laws passed by the right-wing ruling party. Poland’s tone would also be softened in the international arena and especially with the EU.

Voting is being held under strict hygiene conditions due to the still spreading coronavirus. Poland has registered more than 37,000 infections and almost 1,600 deaths.

Voters must wear masks and gloves, maintain a safe distance and use hand sanitiser. They can use their own pens to mark ballots.

Election officials must also wear masks and sit wide apart from each other. Ballot boxes will be regularly disinfected and the polling stations will be ventilated.