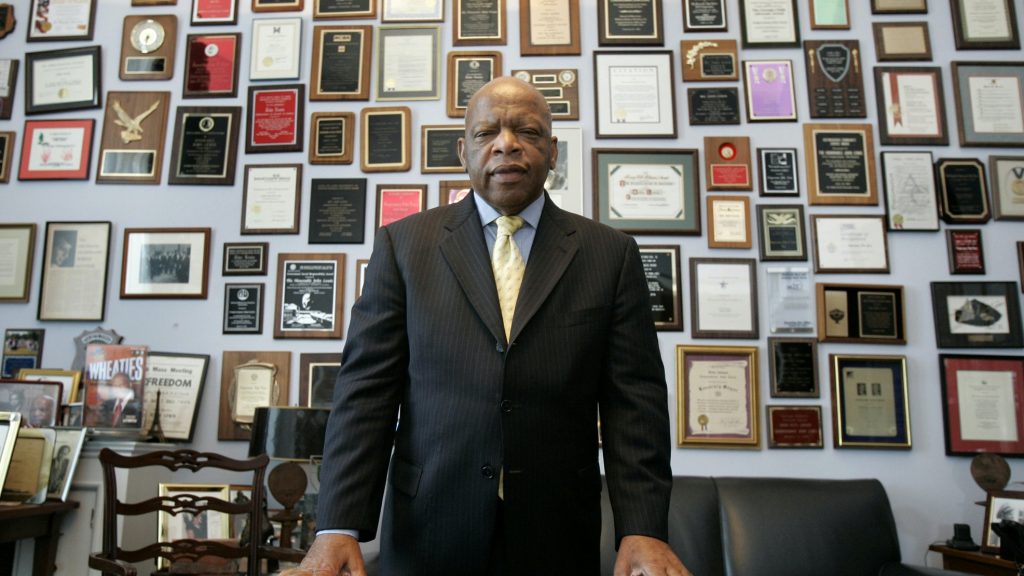 House speaker Nancy Pelosi confirmed Lewis’s passing late on Friday 17 July. She called the veteran politician “one of the greatest heroes of American history”. Both Democrats and Republicans sent Lewis tributes when he announced in December 2019 that he had advanced pancreatic cancer.

Lewis was the youngest and last survivor of the Big Six civil rights activists. This was a group led by Martin Luther King Jr that had the greatest impact on the movement. He was best known for leading some 600 protesters in the Bloody Sunday march across the Edmund Pettus Bridge in Selma. 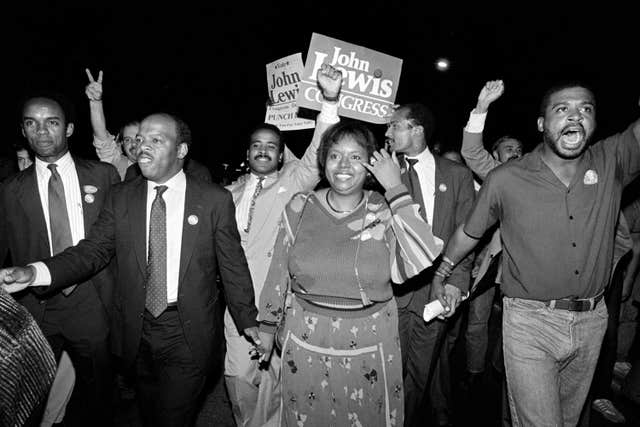 John Lewis, front left, and his wife Lillian lead a march of supporters from his campaign headquarters to an Atlanta hotel for a victory party after he defeated Julian Bond in a 1986 runoff election for Georgia’s 5th Congressional District seat in Atlanta (Linda Schaeffer/AP)

At age 25, walking at the head of the march with his hands tucked in the pockets of his tan overcoat, Lewis was knocked to the ground and beaten by police. His skull was fractured in the assault. Thereafter, nationally televised images of the brutality forced the country’s attention on racial oppression in the South.

Within days, Reverend King led more marches in the state, and president Lyndon Johnson was soon pushing Congress to pass the Voting Rights Act. The bill became law in 1965, removing barriers that had barred Black people from voting.

Lewis turned to politics in 1981, when he was elected to the Atlanta City Council. He won his seat in Congress in 1986 and spent much of his career in the minority.

After Democrats won control of the House in 2006, Lewis became his party’s senior deputy whip, a behind-the-scenes leadership post in which he helped keep the party unified.

Lewis said he had been arrested 40 times in the 1960s, five more as a congressman. 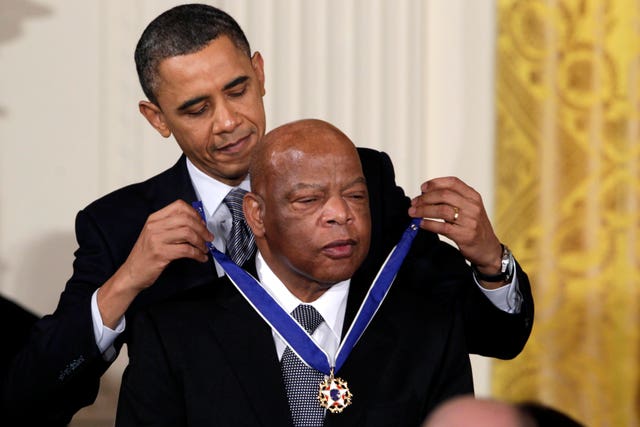 “A mandate to be on the right side of history”

At 78, Lewis told a rally he would do it again to help reunite immigrant families separated by the Trump government. Recalling the “good trouble” he got into protesting segregation as a young man, Lewis said in June 2020:

If we fail to do it, history will not be kind to us… I will go to the border. I’ll get arrested again. If necessary, I’m prepared to go to jail.

In a speech on the day of the House impeachment vote of Donald Trump, Lewis explained the importance of that vote:

When you see something that is not right, not just, not fair, you have a moral obligation to say something, to do something. Our children and their children will ask us ‘what did you do? what did you say?’

We have a mission and a mandate to be on the right side of history.

Lewis’s wife of four decades, Lillian Miles, died in 2012. They had one son, John Miles Lewis.