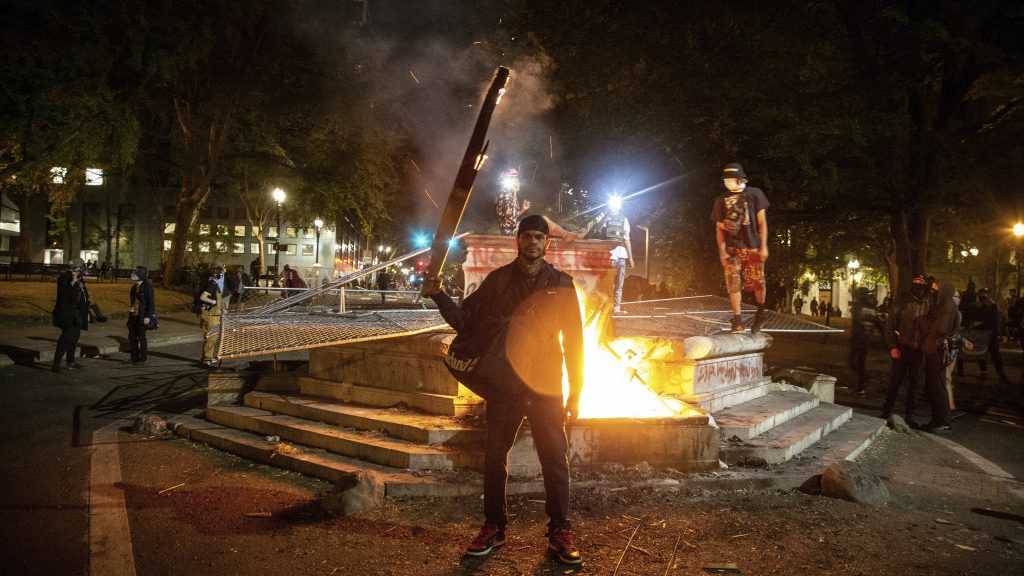 The mayor of Portland has demanded that US president Donald Trump remove federal law enforcement from the city. Black Lives Matter protests have taken place in the city for nearly two months since the police killing of George Floyd in Minneapolis on 25 May.

Federal agents in green camouflage uniforms have reportedly arrested and detained protesters in the city. This happened after they were sent solely to protect federal property. Portland mayor Ted Wheeler told reporters:

Keep your troops in your own buildings, or have them leave our city.

Democratic governor Kate Brown said Trump is looking for a confrontation in the hopes of winning political points elsewhere. And for a distraction from the coronavirus pandemic, which is causing spiking numbers of infections in Oregon and the nation.

Brown’s spokesperson, Charles Boyle, said that arresting people without probable cause is “extraordinarily concerning and a violation of their civil liberties and constitutional rights”. Meanwhile, Wheeler said:

This is part of the core media strategy out of Trump’s White House: to use federal troops to bolster his sagging polling data.

And it is an absolute abuse of federal law enforcement officials.Or

Federal officers have charged at least 13 people with crimes related to the protests so far, Oregon Public Broadcasting reported on Thursday 16 July. Some have been detained by the federal courthouse, which has been the scene of protests, but others were grabbed streets away.

One video showed two people in helmets and green camouflage with police patches grabbing someone on the pavement, handcuffing them and taking them into an unmarked vehicle.

“Who are you?” someone asks the pair of officers, who do not respond. At least some of the federal officers belong to the Department of Homeland Security.

The US Customs and Border Protection said in a statement that its agents had information indicating the person in the video was suspected of assaulting federal agents or destroying federal property.

On Thursday night, federal officers deployed tear gas and fired rounds into a crowd of protesters. Portland police chief Chuck Lovell told reporters on Friday 17 July that his officers are in contact with the federal agents, but that neither controls the others’ actions. Lovell said: