‘Hundreds of billions’ of EU coronavirus aid could become an easy target for criminals. But problems with aid don't end there. - Canary 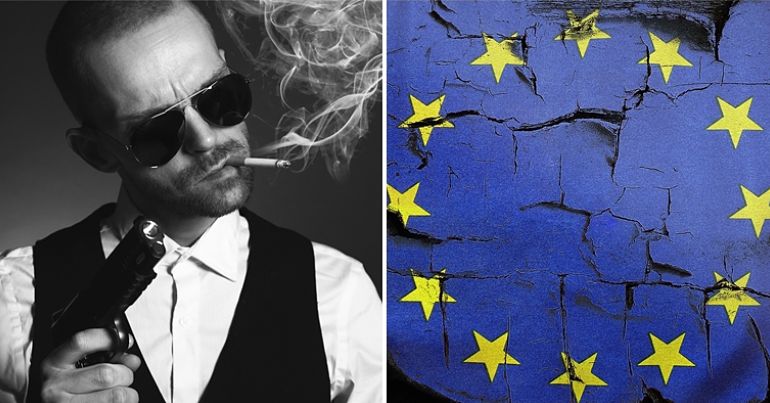 EU leaders are meeting in Brussels this weekend in the hope of agreeing a coronavirus (Covid-19) financial aid package. This package would help the EU’s 27 member states to recover from the damage inflicted by coronavirus. These are the first face-to-face discussions between leaders since the pandemic outbreak.

Estimates suggest the agreed package could be spread over seven years and worth between €1.75 and €1.85tn. Such aid should be good news for people who are financially struggling because of the pandemic. But the announcement led to a warning from the head of Italy’s anti-mafia investigative agency, Giuseppe Governale. Because Governale believes some of this aid could find its way into mafia hands. In an interview on the Italian state TV channel RAI, he said:

Hundreds of billions (of euros) will pour into Europe and Italy, and at this point, the Mafia won’t stand around and watch

The Mafia will dive into this sea [of money].

However, Governale’s warning shouldn’t really be that surprising. Because dodgy organisations, and organisations doing dodgy things, have benefited from government aid and incentives before. So if Governale’s warning is to have any real punch, it will need to be supported by similar warnings from people fighting for human, ecological, and community rights. They need to be equally vocal to ensure this aid, assuming it materialises, gets to those in society who need it most.

Sometimes aid has the appearance of doing good when in fact there’s no real net gain. It’s given to poorer states with one hand and taken back with the other. Aid also ends up going to corporations with little to no respect for the environment or human rights. Governments bail out these organisation while ignoring people on low incomes and in poor working conditions.

Aid also comes in the form of tax incentives. On 15 July, the General Court of the European Union (GCEU) reversed the European Commission’s order that Apple should pay back €13bn  (€14.3bn when you add in interest) in tax to Ireland. The court found Ireland had not granted Apple state aid. However, this case is far from over; the European Commission still has time to appeal. And the spectacle of the the Irish government supporting a multinational corporation while as many as 645,000 people are unemployed is unlikely to go unnoticed.

And there are other cases which show the damage caused by corporate state bailouts. In December 2009, head of the UN Office on Drugs and Crime Antonio Maria Costa said billions of dollars of drug money propped up the financial system during the 2008 global crisis.

In 2012, the US Justice Department found the Hong Kong and Shanghai Banking Corporation (HSBC) guilty of laundering $881m for drug cartels in Mexico and Colombia. Moreover, according to Reuters, “the bank put [Mexico] in its lowest risk category, which excluded $670 billion in transactions from the monitoring systems”. Yet the department fined the bank just $1.9bn and decided not to follow up with a criminal prosecution. One financial analyst estimated the fine to be equivalent to just five weeks’ income for this bank.

Unsurprisingly, the Trump administration has bailed out organisations with “checkered histories” too. In May this year, a Kaiser Health News review showed:

At least half of the top 10 recipients, part of a group that received $20 billion in emergency funding from the Department of Health and Human Services, have paid millions in recent years either in criminal penalties or to settle allegations related to improper billing and other practices.

And this is far from just an EU or US problem. Chancellor Rishi Sunak’s Covid Corporate Financing Facility (CCFF) began a bail out of businesses in March 2020. The CCFF helps “larger firms” with cash flow problems during the pandemic. Meanwhile, councils may have little choice but to return homeless people to the streets.

The CCFF also funds car manufacturers and oil and gas companies. And it appears as if there are no environmental criteria attached to this funding. Additionally, companies in receipt of funding have nonetheless proceeded to reduce their workforce across the UK.

The UK used borrowed money to bail out its banks in 2008. But it’s the taxpayers who have to pay the interest on that borrowed money. Not only that, but the public didn’t make the return on that support as had been promised by the government. The UK government spent over £136bn to save well-known high street banks. Former chancellor George Osborne said the government would make over £14bn in profit from the bailout. But even if this were true, austerity has shown that the British public saw no benefit from this profit, and the negative effects of the bailout are likely to be here for some time.

And of course it need not be like this. State bodies can use the promise of aid to pressurise governments to bring about social change for citizens. This change can be brought about without a radical overhaul of existing systems.

If governments can’t manage this aid properly, then citizens advocating on behalf of human and environmental rights will have to be as vocal as Governale.