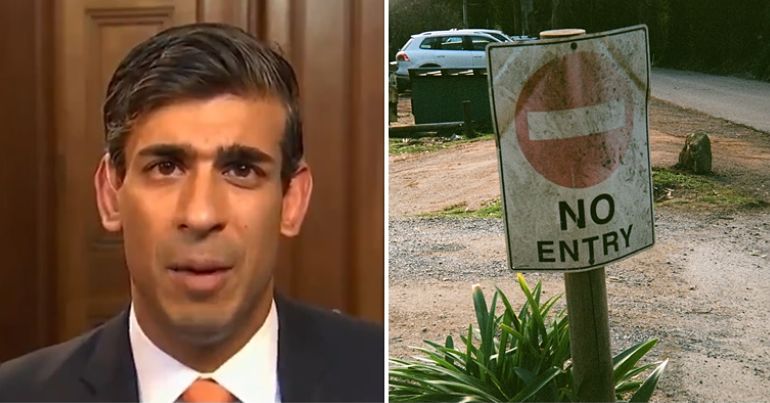 In March this year, chancellor Rishi Sunak announced several different schemes to offer financial support to businesses, employees, and self-employed people negatively affected by the coronavirus (Covid-19) pandemic. The coronavirus job retention scheme (CJRS) was one such scheme. It supports employees laid off because of coronavirus by paying up to 80% (maximum payment £2,500) of their monthly salary.

Additionally, HM Treasury (HMT) and the Bank of England announced the Covid Corporate Financing Facility (CCFF). This scheme helps “larger firms” with cash flow problems. It’s open to businesses “that make a material contribution to the UK economy”. (Although the damage these companies inflict on the environment doesn’t seem to affect funding).

On 14 June, website Statista estimated that 9.1 million workers and 1.1 million employers availed of the CJRS. And while this amounts to a quarter of the UK workforce, the CJRS has still excluded hundreds of thousands of UK workers. These workers are now unable to get any support through the scheme. And while some employees can now return to work, people ineligible for the CJRS spoke to The Canary about how this exclusion affects them.

As reported by The Canary, the major flaw with the CJRS is its voluntary nature. Employers do not have to offer it to their employees. Some of the people who spoke to The Canary could have been furloughed under the CJRS. However, there are also employees who, even if their employer wished to include them, are ineligible.

This arises when the employee in question isn’t on the company’s payroll or registered with HMRC on or before 19 March 2020. According to a parliamentary publication on 15 June, this resulted in as many as hundreds of thousands of “people missing out on support”. It stated:

an Office for National Statistics publication which indicated that in the last year around a million people started being employed each quarter having not been employed before, with a further 800,000 moving from one job to another. UK Hospitality told us that somewhere between 350,000 and 500,000 people within hospitality alone were potentially still missing out because they had not had an RTI [Real Time Information] event.

Campaign group New Starter Justice (NSJ) campaigns for those who are ineligible for the CJRS. It says:

The driving ‘mission statement’ of this campaign has not changed from day one. It is that the government must amend an employee’s eligibility for the Job Retention Scheme to include new starters that were not on payroll with their new company on the 28th February [now 19 March], or had RTI submitted by 19 March, but had a contractual commitment with them.

NSJ’s campaign started when the UK went into lockdown and Sunak announced the CJRS. Since that time, people ineligible for the CJRS have been living in financial uncertainty. They have no work and no support through the various schemes. So they now have to live off savings and support from others. In some cases, this has meant others in their household have accepted this burden.

Financially we’ve “fallen off a cliff”

Gareth Clement told The Canary he finds it “a massive struggle” to get by financially. As a result, his wife has to work “as many hours as she possibly can”. At the beginning of the pandemic they availed themselves of payment holidays, however, “now payment holidays are ending”, they’ve “fallen off a cliff”. Gareth had hoped to be back at work by now but his company told him it could be October before that happens.

Despite applying “for close to a hundred jobs” he hasn’t had any success. Nor has he had any support through welfare payments.

In a social media post, Gareth elaborated on how this has affected him and his wife. While starting his new job on 13 March, payday wasn’t until 25 March. So his employer couldn’t include him in the scheme. Gareth said:

I feel like I’ve failed my wife, I feel a burden and a failure. She has to pick up the shortfall in money. [By] working additional shifts, not ideal in the current climate [.] I’ve failed my son, I’ve let him down, and I feel disgusting for it. I’m at the lowest I’ve ever been, my mental health has taken an absolute battering, I’ve tweeted, wrote countless emails in the hope of a change, in the hope that being SIX days from being included in a scheme that was promised not to ‘leave anyone behind.’

No job offers and relying on family

Katy Louise Watkins worked for a travel company that organises business trips. She has found it difficult since she lost her job. She’s applied for “hundreds upon hundreds” of jobs every week, even those that would mean “a £13k pay cut”. But she still hasn’t had any offers. She says:

the job market is horrendous and it looks like by the end of next month I’ll have no job and no prospect of getting a job in travel for several years.

Another person told The Canary that because they have been relying on family, they now owe family members “thousands”. However, they feel lucky to have “had them to help”.

One woman, who chose to remain anonymous, said:

I’m 59 my hubby is 65 this year. We had our own business for 15 years and passed this on to our eldest son approx 5 years ago when I was diagnosed with breast cancer. We sold our house and downsized. My husband started another very small mail order business and does harvest work throughout the summer. I went back to work 2 years ago as a seasonal worker at a local Caravan Holiday Park and I also do some self employed work doing bookkeeping…

I started my job on 5 March. It was my second summer season (with) the company. I was sent home on 26 March, I was paid on 31 March, my RTI was submitted on 28 March. I was ineligible for UC as we have some savings that were earmarked for our retirement. Savings that we have already paid tax on.

Describing how they have managed to cope during the pandemic, she said:

My husband has taken on extra work… I have not been able to secure UC or JSA… I have applied for approx 30 jobs including supermarket, admin, night stocking. I only got one interview and I was offered the job. I did all of the paperwork and was told that they would contact me with a start date. I’m still waiting.

Becky Kells, an organiser with NSJ, told The Canary:

It has now been over three months since the CJRS was announced—that’s over three months without income or support for so many people. As time has gone by, New Starter Justice has become aware of other groups left without support. Just as the government cannot continue to ignore new starters—people who changed jobs as lockdown hit—it also cannot ignore freelancers, Limited Company Directors and those left without support due to the timing of their maternity leave. We have joined forces with these groups for this campaign as they share our ethos and our aims: to provide economic security, retrospectively and going forward, for those who have so far been neglected by the government throughout the Covid19 pandemic.

Kells says NSJ has had “significant support from MPs throughout the campaign… there are currently 72 parliamentary signatories from across all parties”. She says Helen Mary Jones (Plaid Cymru) and Rushanara Ali (Labour) have been “significant champions of our cause”. At the time of publication NSJ’s open letter of support had 9,925 signatures.

Changes to the CJRS

The CJRS closes on 31 October. Some business leaders predict one-third of their staff could be made redundant. This makes the job market even more precarious for those currently ineligible for CJRS. And despite Rishi Sunak’s assurances, there doesn’t seem to be any solution for such people. The Canary contacted HMT for comment but it hadn’t responded by the time of publication.

The government’s lack of support for these employees is tragically in keeping with its bungling of the pandemic response. Its inaction after Dominic Cummings flouted lockdown regulations, while the police arrested ordinary people, is symptomatic of a wider lack of accountability.

Regardless, Keir Starmer supports the government’s plans to ease lockdown from 4 July. And he seems more focused on sacking senior members of his shadow front bench than on fulfilling his role as opposition leader and holding the government to account.

The lack of real opposition from Starmer is doing nothing to help these people get the support they need. Meanwhile, the Labour Party leadership constructively engages, attacks its own senior members, and appears to be abandoning its core principles.

The Canary contacted the Labour Party for comment on the CJRS but it hadn’t responded by the time of publication.

Rishi Sunak said he’d always been clear with people when he said he couldn’t save every job or business. But if billions of pounds are available under the CCFF, it’s clear that the government could help people if it chose to do so.

The Tory mishandling of the pandemic and its calamitous efforts to ease lockdown restrictions went against the advice of its scientific advisers. One “cautious estimate” puts the UK death toll at around 65,700 people.

Additionally the government’s reluctance to support people ineligible for the CJRS is costing livelihoods and endangering people’s mental health. They have to act on this now.