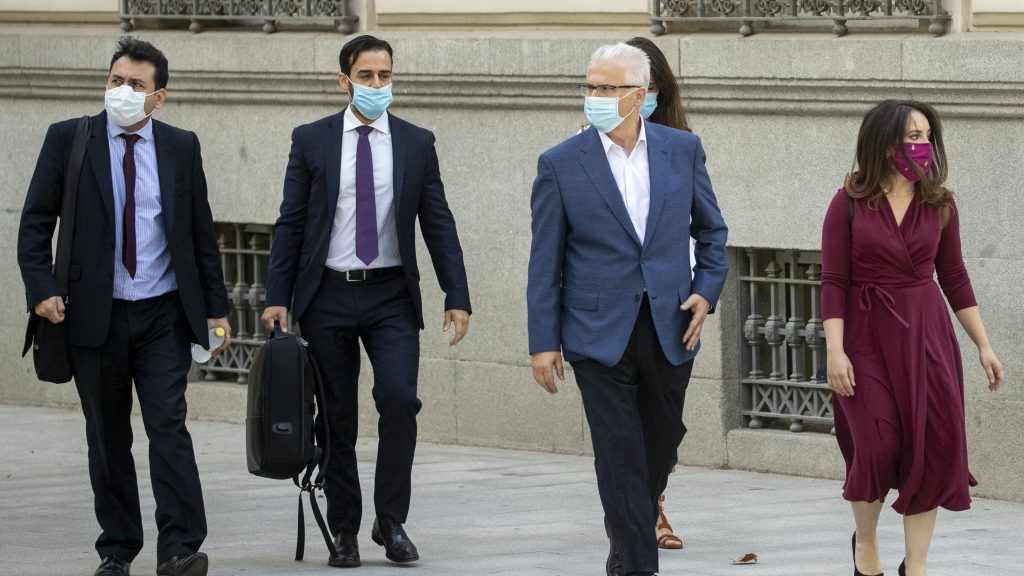 Spain’s National Court is due to hear evidence in an investigation into whether a Spanish company was hired to spy on Julian Assange during the seven years the WikiLeaks founder spent in Ecuador’s embassy in London.

The court is investigating whether David Morales, a Spaniard, and his Undercover Global S.L. security agency invaded the privacy of Assange and his visitors at the embassy by secretly recording their meetings.

The intelligence that Morales’s company collected is suspected of being handed over to third parties, according to court papers.

Among those set to face the court’s questions on Monday were prominent Spanish lawyer Baltasar Garzon, who is part of Assange’s legal team; former Ecuadorian consul in London Fidel Narvaez; and Stella Morris, a legal adviser and Assange’s partner, who revealed earlier this year that she had two children with him while he lived in the embassy.

Staff of the Spanish security company are due to give evidence on Tuesday.

Assange, whose lawyers filed a complaint at the court to trigger the investigation, is in a British prison after being removed from the embassy last year.

He is fighting extradition to the United States, where he faces espionage charges over the activities of WikiLeaks.

The court is conducting an investigation, begun last year, before deciding whether there is evidence of wrongdoing that warrants a trial.

Undercover Global, also known as UC Global, was hired by Ecuador’s government to provide security at Ecuador’s embassy in London between 2015 and 2018.

Its main task was to secure the property’s perimeter, including the deployment of security staff, due to Assange’s presence inside, court papers say.

According to the National Court summons, the preliminary investigation has raised suspicions that, under the cover of his security work, Morales used bugging devices and video equipment to record Assange’s meetings with visitors.

Morales passed on the recordings to third parties who are not yet identified.

However, the court papers note allegations that the intelligence was passed to Zohar Lahav, described by Assange’s lawyers as a security officer at Las Vegas Sands Corp, a US casino and resort company based in Nevada.

The court papers gave no explanation for the refusal.

Assange’s legal team says the court has asked US authorities to question Lahav and Rohrabacher on its behalf.

Morales also asked his company’s staff to take Assange’s fingerprints from a glass and is suspected of copying the ID documents of visitors, the summons says.