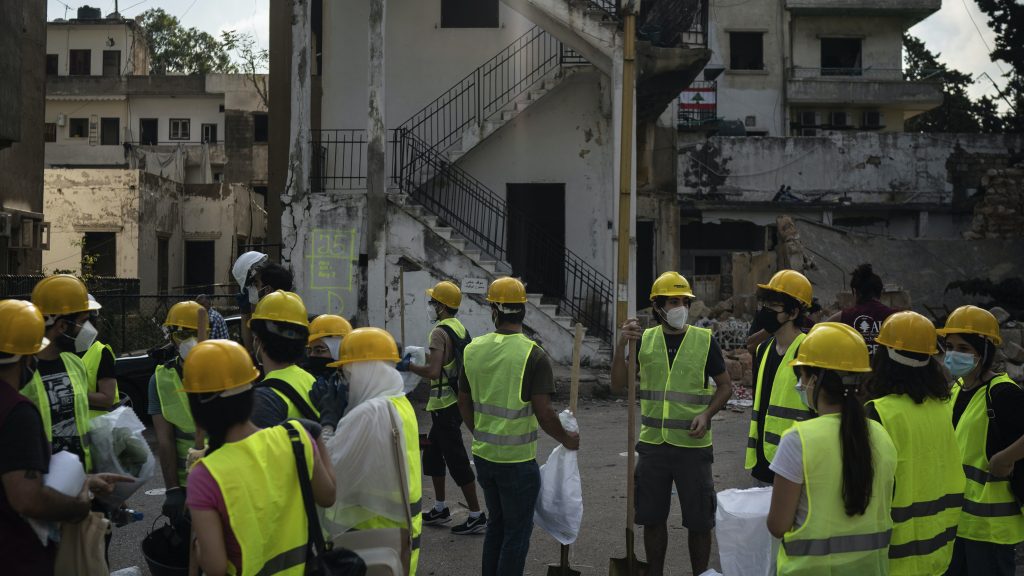 Lebanon’s parliament has approved a state of emergency in Beirut in its first session since the explosion in the city last week.

It has granted the military sweeping powers amid rising anger and political uncertainty in the capital.

The blast that killed more than 170 people and injured at least 6,000 others changed the face of the city and forced the government to resign.

The move has been criticised by rights groups and other critics who say the civilian government was already operating with increased powers because of the coronavirus (Covid-19) outbreak.

Some pointed to the heavy military crackdown on protesters last week, fearing extended power could lead to increased use of force to silence dissent.

Parliament is convening outside its regular location to observe social distancing amid a coronavirus surge and because of protests outside the parliament building by Lebanese people who want the political class to step down.

It is still not known what caused the fire responsible for igniting nearly 3,000 tons of ammonium nitrate stored in Beirut’s port.

But documents have emerged in the wake of the explosion that show the country’s top leadership and security officials were aware of the chemicals being stored in the city port.

The explosion has fuelled outrage and protests against top political leaders and led to the resignation of the government on 10 August.

The cabinet is now acting in a caretaker capacity.

“There is incredible chaos,” he said.

Before resigning, the caretaker prime minister proposed early elections, an idea that was not supported by the parliament speaker and other political groups.

Since the resignation, there has been a flurry of closed-door meetings and political haggling to form a government that meets the approval of domestic and international powers.

It is not clear if there will be a national unity government – which would mean the participation of all political parties – or an emergency transition government.