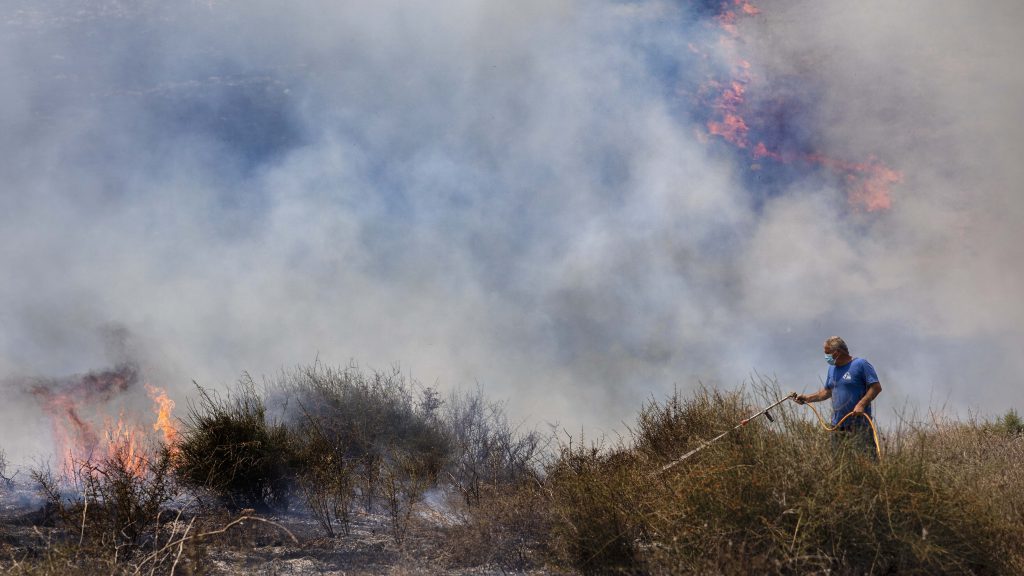 Israel has closed the Gaza Strip’s offshore fishing zone after the most intense show of aggression in recent months.

Police said rocket fallout caused damage to a house in the town of Sderot, and paramedics treated a 58-year-old man for minor wounds.

Meanwhile, aerial bombing from Israel has caused considerable damage so far, including in the Buriej refugee camp in the central Gaza Strip.

The Israeli army claimed the strikes were a response to explosive balloons launched by a Hamas-affiliated group over the border. It comes as Hamas, like other Palestinian factions, denounced the United Arab Emirates for agreeing to formal ties with Israel.

Israeli defence minister Benny Gantz ordered the fishing zone off the coast of Gaza closed until further notice. This is reportedly in response to the rocket fire, which was largely intercepted and caused no serious injuries.

Israel and Egypt have maintained a blockade of the Gaza Strip since 2007. With strict restrictions on what can be brought into the strip, fishing provides a precious source of food and livelihood for Gaza residents.