Thai protesters rally in their thousands ahead of parliamentary debate - Canary 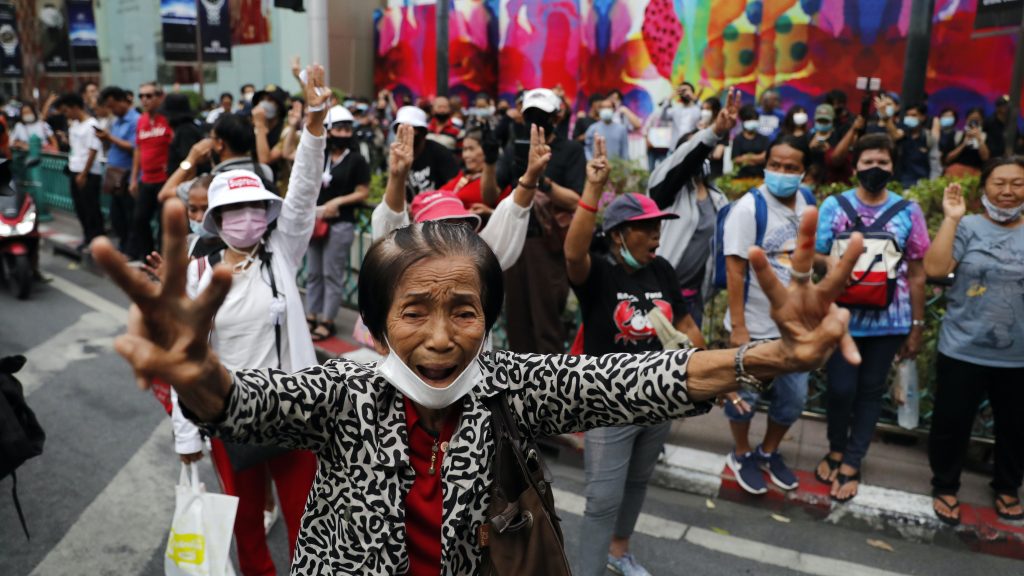 Thousands of pro-democracy protesters have gathered in Thailand’s capital. They’re seeking to keep up pressure on the government a day ahead of a special parliament session aimed at easing political tensions.

The rally took place on 25 October at the busy Rajprasong intersection, in the heart of Bangkok’s shopping district. Few protesters turned out in the first hour of the rally but their numbers later swelled to several thousand. They listened to rude denunciations of the government in chants, speeches, and songs.

The rally was called on the night of Saturday 24 October. This was after prime minister Prayuth Chan-ocha ignored the protesters’ deadline to step down. Their core demands also include a more democratic constitution and reforms to the monarchy.

Demonstrators say Prayuth, who led a coup in 2014 as the army chief, came to power unfairly in last year’s general election. Because laws had been changed to favour a pro-military party. They also say the constitution, written and enacted under military rule, is undemocratic.

Prayuth also lifted a state of emergency that he’d imposed a week earlier that made the protest rallies illegal.

But the protesters weren’t impressed by his efforts to appease them, declaring them insincere. They noted on social media that the discussion points the government submitted for debate didn’t dealt with their concerns. Rather, they were thinly-disguised criticisms of the protests themselves.

The points covered the risk of coronavirus spreading at rallies, the alleged interference with a royal motorcade by a small crowd earlier in October, and illegal gatherings and the destruction of images of the royal family.

Protest organisers have called for a 26 October afternoon march to the German Embassy in central Bangkok. This is far from the parliament complex on the outskirts of the city. The apparent rationale for the march is to bring attention to the protesters’ contention that king Maha Vajiralongkorn spends much of his time in Germany.

Protesters’ criticism of the royal institution has irked conservative Thais. Because the institution has traditionally been treated as sacrosanct. Self-proclaimed “defenders of the monarchy” mobilised last week online and in rallies in several cities. In many cases, they were led by local civil servants.

On 21 October, a small royalist rally in Bangkok broke into violence when a few attendees attacked anti-government student activists.