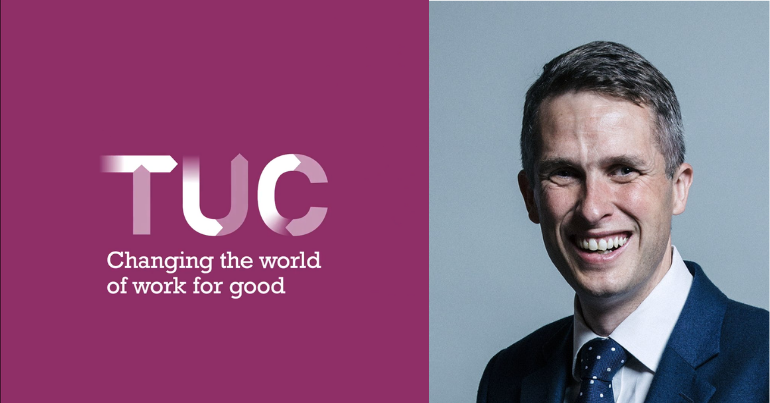 The Conservative Party has announced plans to cut one a key education programme for workers. Unions have warned cutting the Union Learning Fund (ULF) will limit worker opportunities.

The Department for Education (DfE) contacted unions earlier in October to announce it would no longer run the ULF. The DfE will stop the fund in March 2021.

In response, unions and employers have urged the government to reverse the decision, citing concerns that workers will be left unable to pursue qualifications. Nearly 30,000 people have signed a petition to reverse the cut.

I saw first-hand the difference union learning made for hundreds of my workmates and friends. So when I heard the news that the government planned to cut the Union Learning Fund, I was devastated.

I thought of everyone I’d supported as a union learning rep and what they would have missed out on without this programme. I thought of the workers getting our country through this crisis, who deserve an opportunity to access education and learn new skills in the workplace.

It’s impossible to list all of the benefits of union learning I’ve seen, but I can honestly say it’s changed lives.

The ULF, established in 1998, is run by Unionlearn, part of the Trades Union Congress (TUC). The DfE oversees the learning the fund supports.

It is used to bring career-relevant training to workers across the UK. This training includes fundamental literacy, numeracy, and ICT skills, as well as supporting workers through apprenticeships and vocational training.

Kevin Rowan, head of learning and skills at the TUC, told The Canary:

You get the best sense of what could be lost form the stories of union learners. Every year there are more inspiring stories of people who have progressed on to new work, with new skills, more responsibility and higher pay. They tell us how union learning not only gave them skills, but confidence. And we always hear stories about people from our literacy courses who are finally able to read their kids a bedtime story. It’s heart breaking to think that these transformational experiences could come to an end.

We think that union learning could play a tremendously valuable role, with more bespoke courses to make sure that workers have positive pathways onto new work, with new skills, if their job ends up being changed longer term by the impacts of the pandemic. And it is not just us saying this.

The impact on workers

A 2018 survey of union learners found that nearly two-thirds of learners without a previous qualification gained one through union learning. It was further estimated that the ULF contributed £3.3bn to the economy over two years through increasing productivity, wages, and jobs.

A DfE spokesperson told The Canary:

We have taken the decision not to continue to provide grant funding to Unionlearn in the next financial year.

We will instead be investing the money to directly support Further Education Colleges, other training providers and our new £2.5 billion National Skills Fund to help more people learn new skills and prepare for the jobs of the future. The Prime Minister also recently announced a new ‘Lifetime Skills Guarantee’ offering adults without an A Level or equivalent qualification a fully-funded course.

I used to be employed by the union learning fund and helped migrant workers access free English classes so they could move on from low paid and precarious jobs. It’s really important to keep this funding, please sign the petition #SaveUnionLearning https://t.co/JZ1htmT2TC

According to Unionlearn, 70% of learners reported that they would not have taken part in adult learning without union support.

Wales, Northern Ireland, and Scotland continue to support the ULF.

In our current economic crisis, it is imperative that workers have the support to gain qualifications and training. Scrapping the fund will affect workers and long-term economic recovery.