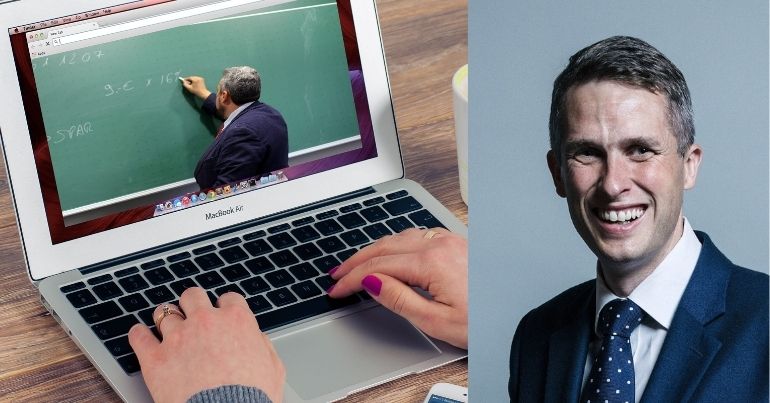 The government has slashed one of its key programmes aimed at helping disadvantaged children during the coronavirus (Covid-19) pandemic. And it did so quietly. On a Friday evening – just as parliament was going into recess for the week and half-term was starting for children across the country.

On 19 April, the government made headlines, claiming:

Disadvantaged children across England will be given free laptops and tablets to enable them to study online while schools are closed.

Laptops were promised laptops for all students in years 3 to 11 who had to self-isolate and needed access to a device.

By 7 June, headteachers were worried that this promise was not going to be fulfilled with the Observer reporting:

most heads say they haven’t received a single device yet for disadvantaged year 10 pupils.

Then, on 23 October, headteachers across the country were told that the allocation of computers for disadvantaged pupils would be cut by around 80%. This comes despite knowledge that the poorest children are much less likely than their richer peers to have a digital device to access home learning.

“Emblematic of the government pandemic response”

Independent Sage has urged the government to stop cuts to laptops given to schools to prevent increasing educational inequality.

In a statement, it said:

This episode is emblematic of the Government pandemic response which lays duties and requirements upon sectors (such as education) but without providing the support necessary to implement them. While it is clearly desirable that students unable to attend school should be provided with remote education, this is an empty aspiration without ensuring that all pupils have the necessary resources

Meanwhile, people on Twitter expressed their anger and frustration with the decision:

Absolutely. Govt need to listen to advice and stop making the same mistakes. There is a notable and growing will from the public to stand up to a govt that is failing in its responsibility to our children. The noise will only get louder. Govt must listen to the will of the people

Tonight our government let some of my community start a holiday knowing they will be hungry. At 5:50 today they told us the laptops they promised to support the same vulnerable children were being cut from 39 devices to 8. I am furious. @educationgovuk Shame on you. pic.twitter.com/tQHsgXPyHm

The need for laptops

As of 15 October, the Department for Education (DfE) reported that 21% of state-funded schools had at least one child self-isolating at home. All schools are required to have a remote learning plan in place for these students.

Without sufficient provision of laptops, many disadvantaged pupils are unlikely to be able to access learning while self-isolating. This adds to fears that missing school has significantly widened the educational attainment gap between the richest and poorest children.

Every national scheme that the Johnson Government has administered during this pandemic – whether in education, health or social care – has fallen lamentably short of the expectations raised.

Its again, places like Knowsley, where the most disadvantaged children will suffer throughout #covid19 It is almost as though the @Conservatives government, along with their #FreeSchoolMeals debacle, is going out of its way to make children suffer in as many ways as possible.

Combined with the vote against free school meals for children, concerns have been raised that the poorest children are being left further and further behind.

This comes after a spokesperson for the DfE told The Canary earlier this month:

Our focus is on levelling up the opportunities available to every young person in this country, and we will do everything possible to make sure no-one is left behind as a result of the impact of the coronavirus pandemic.

The lack of concern shown for the education and wellbeing of poor children has become staggering. U-turns on both decisions are imperative to stop inequality growing even further.