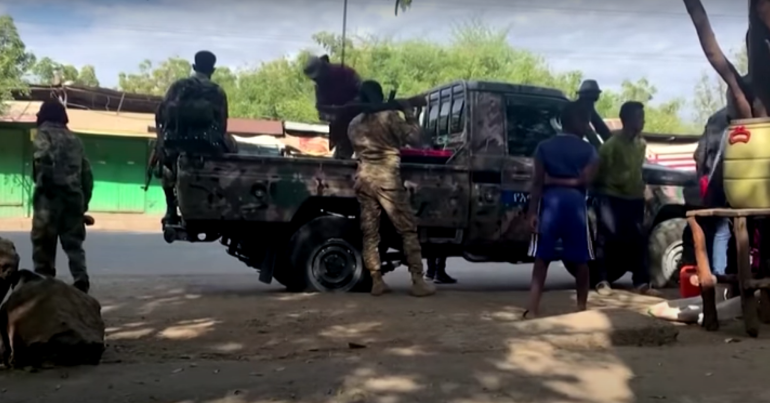 The conflict has closed roads and communications with the region. A report by the UN Office for Humanitarian Response (OCHA) warned that the violence may disrupt food and safety net assistance. This is needed by over a million people in Tigray

Meanwhile, analysts have urged an end to the fighting, fearing it could escalate to civil war.

Given the likely catastrophic consequences of the conflict for both Ethiopia and the region, it is essential that all sides step back and halt hostilities before it is too late. Neither party stands to profit from war.

The alternative could be a return to the long-running conflicts of the past that ruined millions of lives.

The Tigray regional government held elections in September despite national elections being cancelled. Tensions with the federal government have been increasing since then.

Ethiopian parliament voted to declare a six month state of emergency. This included the establishment of a task force in the region to “maintain peace”. The federal government has also made moves to replace leaders in Tigray.

Ongoing fighting has been reported since then, including air strikes. Doctors Without Borders said that one clash killed six people and wounded over sixty.

Ethiopia’s quest to have a successful transition towards constitutional democracy requires adherence to rule of law. The Government will continue to take necessary law enforcement measures to safeguard & advance our nascent process of democratization from rogue political actors.

As part of the state of emergency, Ethiopian forces have blocked roads into Tigray, stopped flights, and cut communication lines.

According to OCHA Ethiopia, around 600,000 people in the Tigray region are dependent on food relief. A further one million receive safety net assistance. But the blockage has prevented food commodities from reaching people in Tigray.

The UN has also raised worries about controlling coronavirus (Covid-19) in Tigray during the fighting.

In the report, OCHA Ethiopia said:

The overall disruption of the distribution of humanitarian supplies and the personnel risk of aid workers will likely contribute to the worsening of the humanitarian context, as it prevents timely and adequate assistance to vulnerable communities.

Prime minister Ahmed was elected in 2018 as leader of the Ethiopian People’s Revolutionary Democratic Front (EPRDF). This is a coalition of four political parties, including the TPLF. In 2019, the EPRDF was dissolved and became the Prosperity Party. However, the TPLF didn’t join the new coalition.

The prime minister received the Nobel Peace Prize in 2019 for establishing peace between Ethiopia and Eritrea.

Despite this, tensions between the different ethnic groups in Ethiopia have been rising. On 2 November, 54 people, many members of the Amhara ethnic group, were killed in a massacre. Members of the Oromo Liberation Army (OLA) were thought to be responsible.

Loss of power for Tigray, since it left the ruling coalition, is reported to have caused tension between the TPLF and the federal government. Senior TPLF officials have been arrested, and TPLF has been accused of campaigning for destabilisation in Ethiopia.