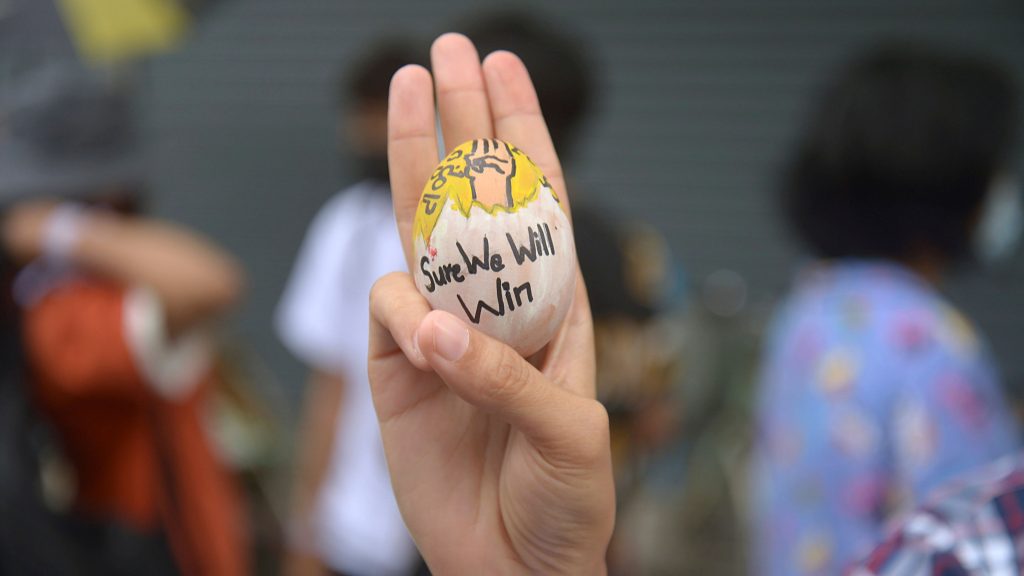 Authorities in Myanmar arrested the country’s best-known comedian as they continue to crack down on people they accuse of helping incite nationwide protests against February’s military coup.

The comedian Zarganar was taken from his home in Yangon by police and soldiers who arrived in two army vehicles, fellow comedian Ngepyawkyaw said on his own Facebook page.

Zarganar, 60, is a sharp-tongued satirist who has been in and out of prison since he was active in a failed 1988 popular uprising against a previous military dictatorship.

He is also well known for his social work, especially arranging assistance for victims of Cyclone Nargis in 2008.

In the past week, the junta has issued arrest warrants for at least 60 people active in the fields of literature, film, theatre arts, music, and journalism on charges of spreading information that undermines the stability of the country and the rule of law.

It was not immediately clear what Zarganar, whose real name is Maung Thura, has been charged with.

Many ordinary protesters and activists are also being arrested every day, according to numerous reports on social media.

In Mandalay, the country’s second-biggest city, security forces used stun grenades and fired guns to break up a march by medical workers who have defiantly continued to protest almost every day against the 1 February coup that ousted the elected government of Aung San Suu Kyi.

The army’s takeover set back Myanmar’s gradual move towards democracy after five decades of military rule.

A participant who asked to remain anonymous for his own safety said doctors, nurses, and medical students were attacked as they gathered at about 5am by security forces who also used cars to run into protesters on motorbikes.

The online news site the Irrawaddy reported that four doctors were arrested.

At least 570 protesters and bystanders, including 47 children, have been killed in the crackdown since the takeover, according to the Assistance Association for Political Prisoners, which monitors casualties and arrests.

The group says 2,728 people, including Suu Kyi, are in detention.

Activists have begun organising a boycott of next week’s official celebration of Thingyan, the country’s traditional New Year, usually a time for family reunions and merry-making.

In leaflets and social media posts, they are imploring people not to hold any Thingyan celebrations, saying it would be disrespectful to “fallen martyrs” to enjoy the festival.

The leaders of Brunei and Malaysia announced that leaders of the Association of Southeast Asian Nations will meet to discuss the situation in Myanmar. No date was given in the announcement, issued during a visit by Malaysian prime minister Muhyiddin Yassin to Brunei.

He and Sultan Hassanal Bolkiah said they “expressed serious concern on the ongoing crisis in Myanmar and the rising number of fatalities”. Indonesian President Joko Widido had proposed a summit on Myanmar last month. There was no word on whether the ASEAN leaders would participate in person or by video, or if Myanmar, one of the group’s 10 members, would attend.

Myanmar’s junta has also been battling in some border areas where ethnic minority groups maintain their own armed forces.

Several major groups, most notably the Karen and the Kachin, have expressed solidarity with the anti-coup movement and vowed to protect protesters in the territory they control.

The Kachin in the country’s north have engaged in combat with government forces, but the Karen in the east have borne the brunt of the junta’s military assaults.

The area where the Karen National Union holds sway has been subject to air attacks by the Myanmar military from 27 March through 5 April, said David Eubank of the Free Burma Rangers, a humanitarian organisation that has for many years provided medical assistance to Karen villagers.

Burma is another name for Myanmar.

Eubank said his group has verified that 14 civilians died and more than 40 were wounded in the air strikes.