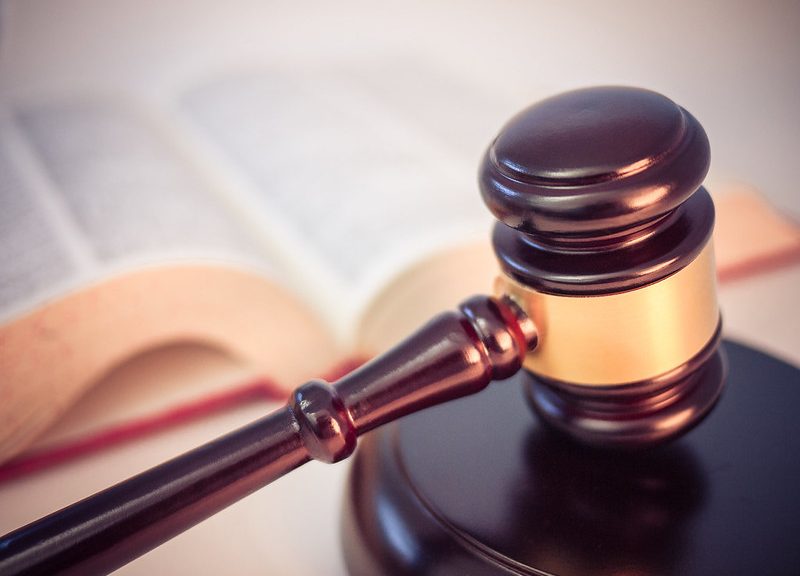 New legislation has extended the time a defendant can be held in custody on remand to 238 days. But there are concerns this will lead to innocent people pleading guilty.

The proposed changes by the Ministry of Justice (MOJ) were approved within 48 hours despite the MOJ admitting that there had been no consultation process or formal guidance. The temporary extension came into effect on 28 September and will last for nine months. It is designed to deal with the backlog of cases within the criminal justice system caused by coronavirus (Covid-19).

Courts correspondent Tristan Kirk told the Society of Editors that extending the custody time limits (CTL) would result in more people pleading guilty to avoid lengthy waits ahead of trial:

It won’t be said out loud in court much but extending custody time limits will make more people plead guilty. Even if they didn’t do it.

The threat of…custody awaiting trial for an offence where it’ll maybe be a 6-month sentence makes it make sense.

The government makes a point of saying defendants being held longer in custody “include violent offenders and those accused of sexual crimes”. It could also include fraud defendants without a UK address, environmental campaigners and vulnerable people suspected of drug offences.

Now, a month after Kirk’s comments, legal experts have come forward to raise their concerns over the effect that CLT extensions could have on a defendant’s plea.

There was a huge backlog of trials waiting to be listed before the Coronavirus hit. Now in cases where CTLs have been extended, defendants are waiting longer than ever to have their case listed for trial, that inevitably has an impact on their plea.

Being on remand without certainty and sometimes for a length of time in excess of the ‘actual sentence’ are both factors that will weigh heavily on defendants.

But it’s not the first time experts have raised concerns that changes to the system may lead to false pleas.

There is a pattern of concern over guilt plea trends

In 2016, the Justice Select Committee warned that up to 4,000 more people could be jailed a year as a result of changes being made to sentencing reductions.

In the same year, the Sentencing Council’s consultation from the Criminal Cases Review Commission (CCRS) pointed out that over a quarter of those who apply for a review of their guilty conviction had entered a guilty plea.

In addition to the concerns of legal experts, the global criminal justice watchdog Fair Trials released the findings of its survey of the criminal justice system in England and Wales during the first two months of the coronavirus lockdown.

Between March to May 2020, Fair Trials stated:

Fair Trials findings also show that those in police custody are receiving poorer quality legal advice and assistance, as solicitors’ access to clients as well as their attendance at police interviews are severely restricted.

The survey also found that remote hearings are “harming a defendants’” right to access effective legal assistance, to participate effectively at their hearings, and to review and challenge information and evidence being presented to them.

Whilst Covid-19 has certainly contributed to delays in the administration of justice, the root cause of the current problem is years of underfunding and crippling cuts to an already broken criminal justice system.

The further two months will have no meaningful impact in reducing the current backlog of cases. The system needs a radical solution to address the lack of court space and the lack of Judiciary able to hear cases; and whilst there are some Nightingale Courts in operation, the full time use of these Courts will not even bring us back to the deficient pre-covid levels of service.

Defendants have a right to the timely administration of justice and the extension of custody time limits will only be to their detriment, whilst giving the Prosecution more time to prepare their case and failing to address the root cause of the backlog.

A history of cuts: The MOJ budget makes up 1% of government expenditure

HM Prisons and Probation Service (HMPPS) has experienced significant cuts to its budget across the last decade:

Between 2010–11 and 2014–15 its budget [was] reduced by around 20%, and despite increases since then, these have been almost entirely cancelled out by the effects of inflation.

In response to the document Conservative MP Alex Chalk stated in the House of Commons:

The useful briefing provided by the Justice Committee makes it clear that the MOJ’s resource budget for 2020-21 will be a little over £8 billion.

Chalk explained why this budget increase was not enough:

Despite the MOJs budget, the extension of CTL came alongside the unveiling of the criminal courts recovery plan which comes with an £80m price tag.

In a press release the MOJ and HMCTS stated:

While the number of outstanding Crown Court cases reached a 10-year low in 2019, the impact of social distancing during the pandemic means courts cannot currently hear the volume of cases required to reduce the backlog.

With up to 90% of all court buildings now re-open, it seems that processing the backlog of cases will take time.

Throughout the pandemic this government has taken the necessary steps to protect the public while ensuring that justice continues to be delivered.

This temporary extension to custody time limits will keep victims and the public safe, and we should not apologise for making that our priority.

At the same time, the measures I have announced today will get the criminal courts system back to where it needs to be – reducing delays and delivering speedier justice for all.

A call for national transparency

It is clear that the passing of this legislation in a 48-hour period with no official consultation or formal guidance was a frantic attempt at reducing the pressure of an already broken judiciary system. A system that has been broken through years of underfunding and neglect. The MOJ has had to defend itself against several scandals over the past year, ranging from the use of PAVA Spray, medical neglect leading to the death of newborns, as well as prisoners remaining in solitary confinement under extreme conditions. It seems CLT extensions is the latest on the list.

At the core of these scandals is a lack of funding but more importantly, of training, enforceable safeguarding measures and rights. It is becoming common for the rights of defendants and prisoners to be disregarded, which is an unacceptable failure to the public. It is only by highlighting these breaches on a national platform, that we can expect progress to be made.