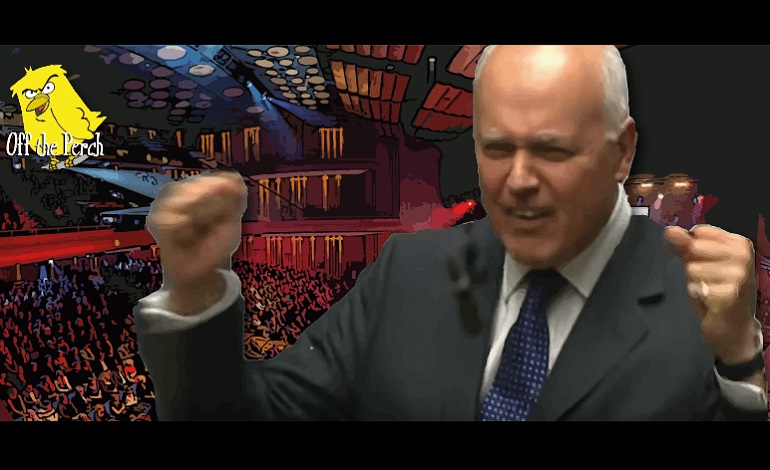 It was a star-studded evening at the Pride of Britain Awards on Monday 30 October. And among the glittering line-up, one of the stand-out awards went to the Conservative Party, which was handed the “Best Contribution to Eugenics” gong.

The nominees in the Eugenics category included:

But in the end, the Conservatives took home the award. Handing out the gong, host Richard Spencer said:

The significance of the Conservative Party’s work in the area of Eugenics cannot be understated. Not only has it managed to demonise the entire disabled community but, in turn, it has completed a triple-whammy by hitting them economically, culturally and socially. That is quite some feat, I’m sure you’ll agree!

Spencer noted some of the Conservative Party’s greatest achievements to date against disabled people. These included cutting:

It is an honour and privilege for the work that I helped implement to finally be recognised. Not least that I will now see Universal Credit come into full fruition. I would like to thank both David Cameron and Theresa May, for allowing myself and my successors to implement our vision of a society where all disabled people are eventually classed as subhuman.

I’d also like to thank the press for allowing us to act with impunity, to ensure the ‘useless eaters’ in 21st-century Britain are slowly stopped from being the burden on the taxpayer they currently are.

Work sets you free! Thank you!

The gong, fashioned as a bust of Joseph Goebbels, is inscribed with the names of the 590 people that may have taken their own life due, in part, to government fit-for-work tests. The award was a fitting end to seven years of Tory austerity and attacks on disabled people. And it will sit on the party’s mantelpiece, alongside the Oscar for “Best Weak and Wobbly Performance” and the BAFTA for “Most Lies Told During An Election Campaign”.