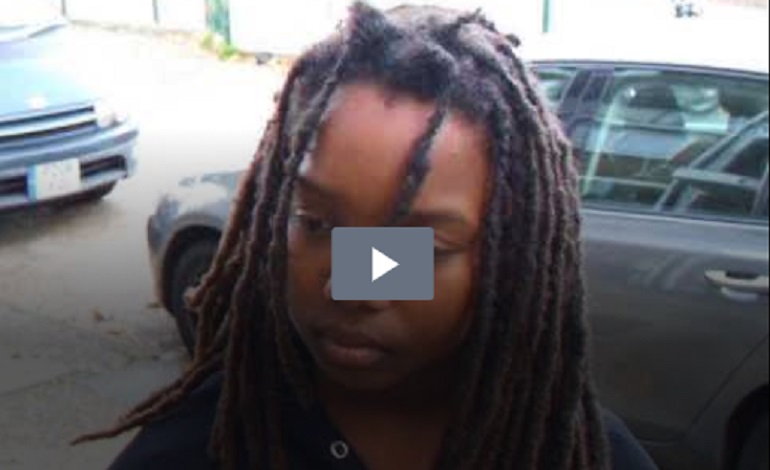 A Green Party politician has accused a school of breaching a child’s human rights for enforcing a controversial policy. And the school stands accused of the breach for demanding that the child cut his hair.

Fulham Boys School in London told former 12-year-old pupil Chikayzea Flanders’ parents that he had to cut his dreadlocks off. This is because, his parents claim, the school said his hair wasn’t in line with its policy. His mother Tuesday told the Green Party’s Equalities Officer, Rashid Nix, that [3.14] the school’s policy is:

But at the start of term, Chikayzea said [1.28] that one of his teachers:

pulled me out of class… and said that by Monday my hair has to be cut… I felt really sad because I’ve had my hair all my life and now someone is trying to take it away from… [the teachers] said that my education is more important than my hair.

As The Mirror reported in September, Tuesday had a meeting with the school’s headteacher, Alun Ebenezer, but was told that “they have a policy of no dreadlocks at the school”.

Nix and Chikayzea’s parents claim that the school’s policy breached the boy’s human rights. Specifically, article nine of the Human Rights Act gives the “right to freedom of thought, belief and religion”. This applies to the Flanders family because they are Rastafarians, and dreadlocks are part of their culture and religion. As the website Jamaicans explains:

Rastafarians grow their hair into dreadlocks because it is a part of the Nazarite Vow… All Rastafarians take this vow and claim it is commanded by the Bible (Leviticus 21:5 ‘They shall not make baldness upon their head, neither shall they shave off the corner of their beard nor make any cuttings in their flesh’).

Samson is believed to be a Nazarite with dreadlocks. Many Rastafarians believe that like Samson, their hair is their strength and also their weakness if it is cut off .

Rastafarianism is also covered [pdf, p34] by the Equality Act 2010, with regards to dreadlocks.

Tuesday said in September that she did not intend to cut her son’s hair. She also claims [3.50] that Chikayzea had been to the school inductions, and was even used in its promotional photography, and yet the issue of his hair was never raised. And she accused [4.31] Ebenezer of calling Rastafarianism a “myth”, “symbolic” and a “cult”.

Chikayzea is no longer at Fulham Boys School. But on Tuesday 31 October, families, locals and the Working Action Group staged a protest outside the school over the policy: 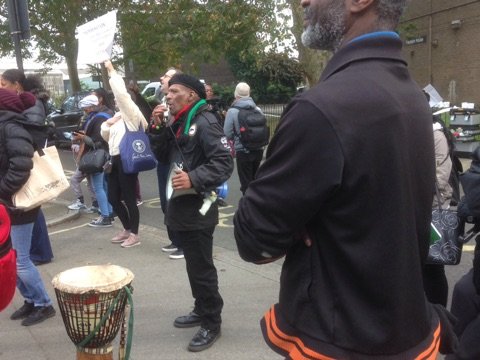 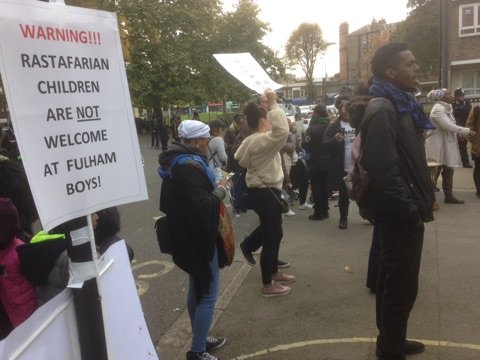 The Canary asked the school for comment; it had not provided one at the time of publication.

But Nix told The Canary that the issue at Fulham Boys School was not an isolated incident and has happened at other schools:

It’s a really unfortunate development when a Church of England school discriminates against one of its own pupils on the grounds of religion. We have to acknowledge Chikayzea’s parents, for giving him the level of support and also the people from the wider community, who have come out to show their solidarity with the family. There are hundreds of cases like Chikayzea’s, but the families don’t speak out, they just put up with whatever treatment they receive.

There have been countless reports in the media of school uniform controversies causing uproar among parents. But Chikayzea’s case is different because his hair is part of his religion. And it begs the question: how far should the robotic nature of school policy go, especially if it is impeding on a child’s most basic of rights?

Featured image via YouTube and additional images via Rashid Nix