People are saying May looks finished. A government spokesperson may have revealed why. [IMAGE] - The Canary 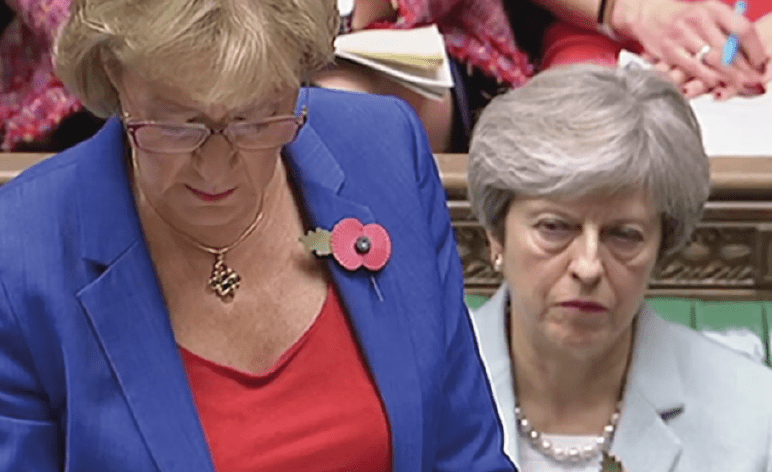 On Monday 30 October, Andrea Leadsom spoke to the House of Commons about allegations of sexual abuse at Westminster. Theresa May, who has been accused [paywall] of knowing about abuse before the leak, appeared beside her. People watching described May as looking “angry” and “finished“:

I have rarely seen @theresa_may look so angry as during @andrealeadsom statement on alleged sexual harassment by MPs pic.twitter.com/FfQ18dY4Nu

A new statement from a government spokesperson has done little to convince people that May did not already know about the accusations.

Speaking to Business Insider, a spokesperson for the Prime Minister refused to say when May knew about the allegations:

I don’t have a timetable for that…

What I can point to very quickly is that once the allegations were made public the Prime Minister asked for that review to take place and as you also saw she sent a letter as leader of the Conservative party to the Speaker looking more broadly at the issues and the next steps that will be taken.

Why is Theresa May refusing to say when she first heard about sexual harassment by Tory MPs? https://t.co/R36l3uwoWc

The spokesperson also denied the existence of a dossier of allegations:

I can’t get into every conversation that the Prime Minister has ever had.

But the fact is you are referring to speculation over the weekend about a dossier. There is no dossier and therefore the Prime Minister hasn’t seen one.

Government whips have spoken openly about keeping such information on MPs in the past. But this obviously does not confirm that the practice continues.

The most important outcome in this situation is that the abuse stops. For that to happen, there must be confidence that change can happen.

Until May is clear about what she knew and when, that confidence will be hard to achieve.