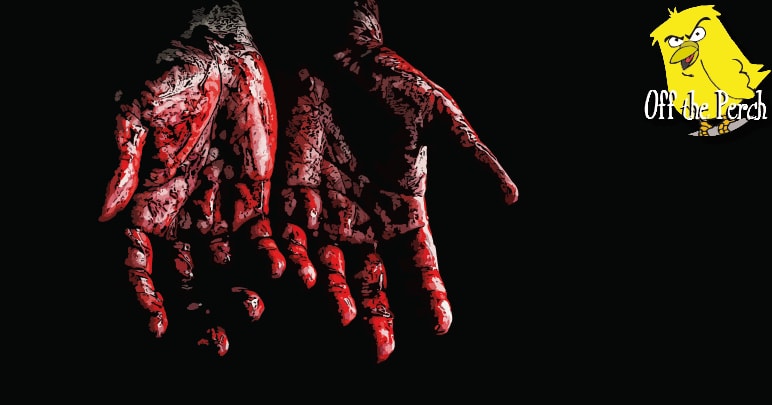 The Conservatives have been known to accuse their enemies of being ‘terrorist sympathisers’.

As such, their relationship with Saudi Arabia is a difficult one. Because even the most passive observer can see that selling weapons to a country which commits war crimes is a step beyond mere sympathy: it’s practically a Mexican wave of encouragement.

This is why the Tories attempted to avoid the red carpet treatment for the Saudi crown prince. But as per usual, they couldn’t even get that right.

Foreign secretary Boris Johnson (not to be confused with ‘idiot abroad’ Karl Pilkington) was in charge of putting a white carpet out. Unfortunately for Johnson, said carpet did not stay white for very long. Primarily as his hands were covered in a thick, red liquid that got everywhere.

Speaking to a nearby heckler, Johnson said:

I don’t know why I can’t get rid of the blasted stuff. It just appeared one day after I sold some of our civilian-busting missiles to our good friends in the Gulf.

I tried swapping some death-copters and horror-rockets for a packet of incredibly expensive hand soap, but even that wouldn’t wash it off.

The heckler then instructed Johnson to “piss off back to Twattinghamshire”.

Of course, Britain can’t feel guilty for the crimes that are committed by the nations we sell weapons too.

Which isn’t to say we shouldn’t feel guilty – it’s just that it’s very difficult to earn the big bucks when you have things like morality or compassion.