No-one was surprised Theresa May met with the Saudi prince. They are by his other get-together. - Canary 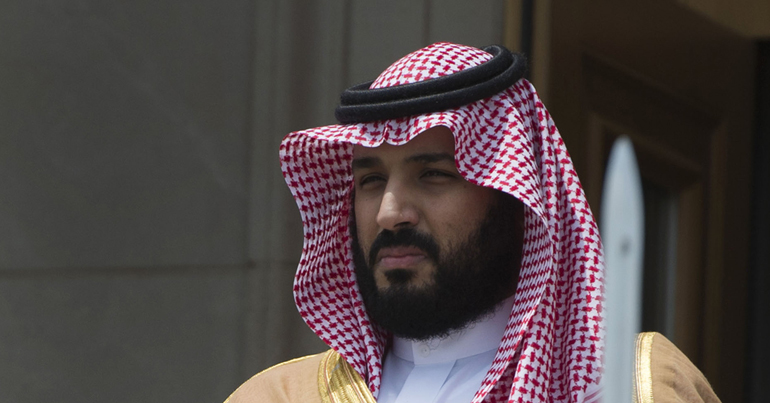 The UK government has received plenty of criticism for rolling out the red carpet for Saudi Arabia’s crown prince Mohammed bin Salman. The country’s terrible history on human rights has been well documented. But the government has pushed forward with another arms deal, to provide Saudi Arabia with British-made fighter jets, regardless.

The UK government, however, wasn’t the only stop-off on bin Salman’s trip.

The crown prince also met with the Archbishop of Canterbury Justin Welby. And Twitter users were having none of it. One barely bats an eye when the Conservative government meets with leaders of oppressive regimes, but people found the highest representative of the Anglican church doing so particularly galling. HSBC whistleblower Nicholas Wilson noted the meeting with the following tweet:

They're all at it. The whole corrupt British establishment kowtowing to a monster because of money. pic.twitter.com/rnVdOhsLYF

What would Jesus do?

Groups like Amnesty International hoped that Welby would use the event as an opportunity to raise awareness about human rights in the region. But others claimed it reflected badly on Welby, in light of Saudi Arabia’s suppression of dissent and continued military action in Yemen. The response was quick and damning.

This is a very sad – and shameful – photograph. The Archbishop is shaking hands with a man responsible for war crimes taking place right now. He must know this. https://t.co/EPzpoUxC6f

May God have mercy on his soul, lets hope he has access to some very strong cleaning fluid for his hands, blood is very difficult to remove!

I have to admit I don't understand the "welcome" given to a country which is doing so much harm. Am I naive? I don't like it, but I don't know what I can do. ?

"By their acts shall ye know them"

Others pointed out that before he was appointed Archbishop of Canterbury, Justin Welby worked for an oil firm, Elf Aquitaine, a company that faced allegations about human rights abuses.

Welby was an oil executive: shaking hands with despots was literally his day job.

By refusing to meet with the crown prince, the head of the Anglican church could have sent a very clear message. Sadly, Welby played right into the PR offensive and further legitimised the Saudi Arabian government  But at least we managed to offload a few more fighter jets, not that Jesus would probably have approved.