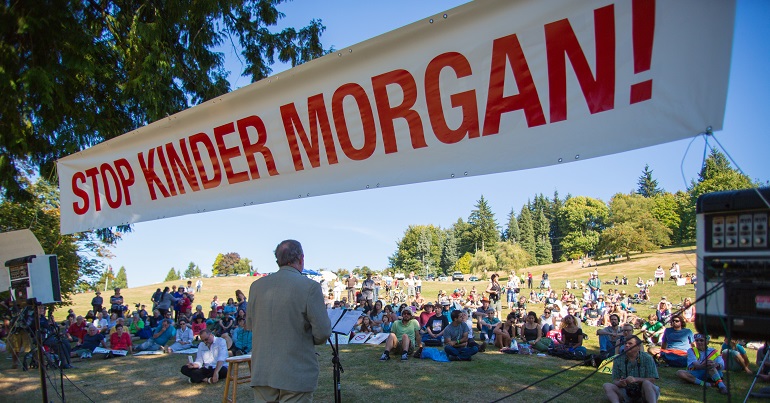 The company behind a controversial oil pipeline in Canada has been granted an interim injunction against protests. The injunction bans protesters from being within 50 metres of its site.

The ban comes as indigenous groups and campaigners are set to take part in a mass action on March 10. Their protest is calling for an end to the pipeline’s expansion.

According to Greenpeace, the UK bank Barclays provides financing to the company behind the pipeline.

Canadian Prime Minister Justin Trudeau approved expansion of the Trans Mountain Pipeline in 2016. The pipeline transports oil from Alberta to the west coast of Canada. Canada then exports oil internationally.

This planned expansion would nearly triple the amount of oil carried by the pipeline, and indigenous groups claim that the pipeline threatens their access to clean water, food and medicine. These concerns are, in part, based on the increased risk of a major oil spill.

Barclays and the oil industry

The student network People and Planet claims that Barclays currently provides nearly £10bn of funding to the fossil fuel industry. The bank has long attracted criticism for these links. Last year, it faced calls to end its financing of the US Dakota Access Pipeline, after an international movement started in solidarity with the Standing Rock protest camp. According to figures from Greenpeace, Barclays is providing $6bn in loans or credit to Kinder Morgan, the company building the Trans Mountain Pipeline.

Campaigners have been defiant that the ban will not stop their protest. Responding to the injunction, indigenous leader Stewart Philip told the National Observer:

We have been jailed time and time again for the rights and interests of our grand babies, and there’s no question we probably will again.

It won’t stop us from stopping Kinder Morgan’s destruction.