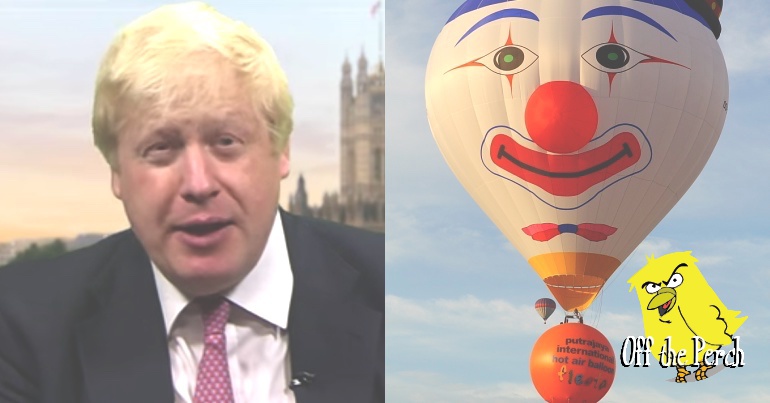 A new study has revealed that British foreign secretary Boris Johnson is “literally a bag of gas”.

Independent research group Studies”R”Us conducted the study. On why they chose to focus on the foreign secretary, head of investigations Robert Peterson said:

We decided to investigate Boris because of the sheer level of utter bollocks that he’s spoken over the years. It raised the alarm.

Peterson then revealed the group’s discovery:

We found that, if you zoom in when he speaks, you can actually see the exact moment he thinks of a normal word but then decides to change it for another that absolutely no one has ever heard. Combine this with his continued inability to refrain from making things up and actually saying them in public, and repeated instances of chauvinism, bigotry, racism, and classism and the results were frankly irrefutable: Boris Johnson is actually made entirely of gas.

Studies”R”Us is, of course, well known for similar work in the past.

Among its list of notable studies, it revealed that:

Following on from the shocking but not entirely surprising revelation on Boris Johnson, Peterson continued:

We aren’t quite sure yet what type of gas Boris is made from, but we have an idea that it’s probably highly volatile. We warn anyone who happens to find themselves within a 200-metre radius of him not to light any flame or conduct any scientific experiments. He may be inflammable and, if so, such a reaction could level the entire City of Westminster.

Responding to Off The Perch’s request for comment, the foreign secretary said:

This is nothing more than a voluminous expanse of hot air. The hoi polloi will be cognisant of this attempt at contumelious character assassination. Excuse me, but now I must go and discuss more humanitarian bomb-dropping with my right honourable friends.