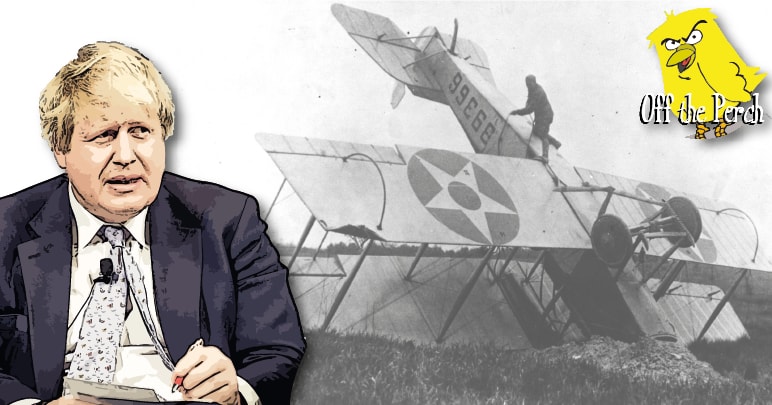 The problem is that Johnson misjudged what sort of fuel his fancy new transport would run on.

For a long time, Johnson was travelling the world via coach. The foreign secretary complained about this:

Turning up to meet world leaders on a sweaty bus is making me look like a real chuffing spizz-gizzer.

Although the President of Peru claims:

It wasn’t the bus.

Coach-travel was slowing him down, at least. That’s why we splashed out on the ‘Brexit Plane’ – more officially known as ‘Air Farce One’.

Because the vehicle is a ‘Brexit’ plane, Johnson assumed it would run on the same thing Brexit does: wishful thinking.

As such, when they ran out of fuel at Kuala Lumpur airport, Johnson gathered his team to recite the mantras that fuel Brexit. Mantras like:

We can do anything we put our mind to!

Wait till the world sees our innovative jams!

Just because the technology doesn’t exist doesn’t mean we can’t use it to fix the Irish border!

Unsurprisingly, the Brexit plane failed to take off. Almost as if wishful thinking by itself will get you absolutely fucking nowhere.