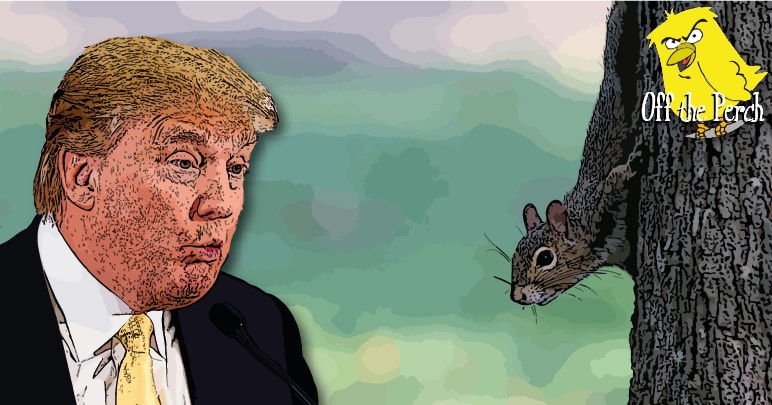 Earlier this year, Donald Trump announced a summit with North Korea. The supporters who still had the energy to defend his erratic behaviour said it should earn him the Nobel Peace Prize. Others suggested waiting to see how it all panned out.

Guess who was right?

Trump was planning the summit’s action plan in the Oval Office:

“What do these North Koreans want?” he asked his gathered war-bastards.

“How about we compare them to Libya?” well-known kill-prick John Bolton suggested.

This wasn’t really the best idea, as the US invaded Libya several years after it abandoned its nuclear programme.

Although all that was redundant anyway, as Trump had already run off.

The giddy Prez had spotted a squirrel and was running outside to chase it with a stick.

As he ran through the White House – attempting to remove his tie – several aides approached him.

“Can we talk about the environment?” one asked.

“We’ve got a new report on poverty,” said others.

A wheezing Trump pushed each one of them in the face, before escaping outside into the sunshine.

Once free from the noise of the White House, Trump removed his suit and chased the squirrel around in his underpants. Things went awry, however, when he tripped over the trousers he’d failed to remove properly.

“NUKE HIM!” he shouted at the squirrel, as he tended to a scraped knee. “NUKE HIM GOOD!”

The army spent a good several minutes debating whether this was an actual request. By the time they’d decided it wasn’t, Trump had forgotten about the squirrel and was demanding aides paint the White House gold to match his underpants.