US releases discussion points for the Trump / Kim summit - Canary 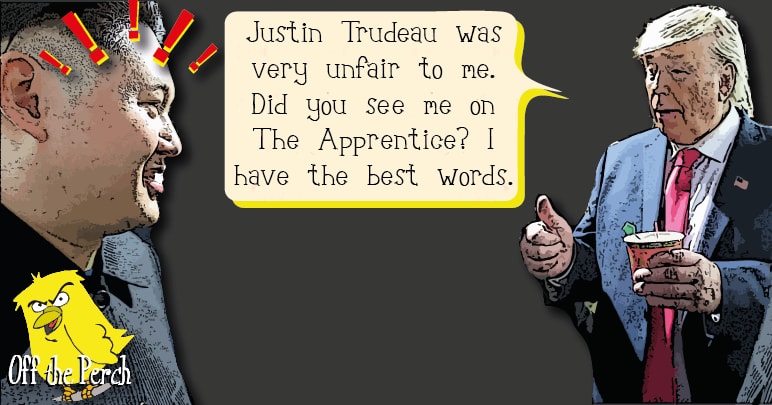 Summits like the one between Donald Trump and Kim Jong-un usually take months of careful planning – primarily to avoid either party attaining a benefit the other hadn’t anticipated.

The fact that the Trump/Kim summit has been arranged on the fly shouldn’t concern you, however. It’s the fact that Trump couldn’t stick to a plan even if he had one that’s the biggest worry. Although the US does at least have some potential talking points.

According to the White House, Trump intends to:

Robert Pattinson should not take back Kristen Stewart. She cheated on him like a dog & will do it again–just watch. He can do much better!

If you’re worried that Trump will actually discuss all these points, you shouldn’t be. The man is incapable of sticking to a plan.

If anything, he’ll talk about something worse.