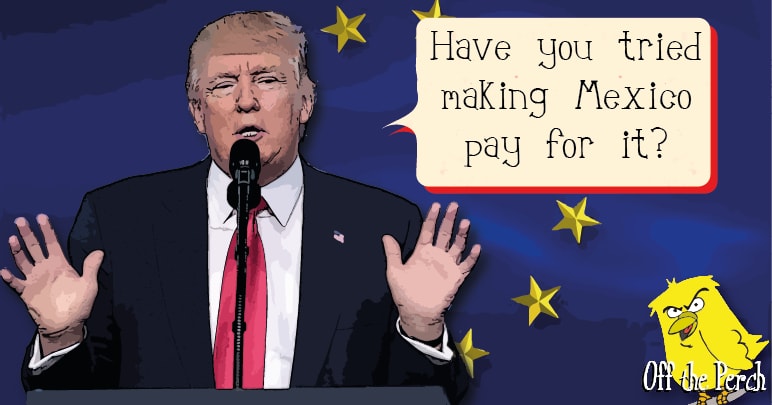 Boris Johnson recently suggested President Trump take over Brexit for us. Although Theresa May wasn’t too happy about the idea:

Regardless of May’s concerns, Trump has now provided us with what he described as:

The hastily scribbled plan came written on the back of a cheeseburger wrapper. It advised:

The UK’s Brexit team is said to be considering Trump’s suggestions. Although they are worried the plan is a bit too detailed for them.