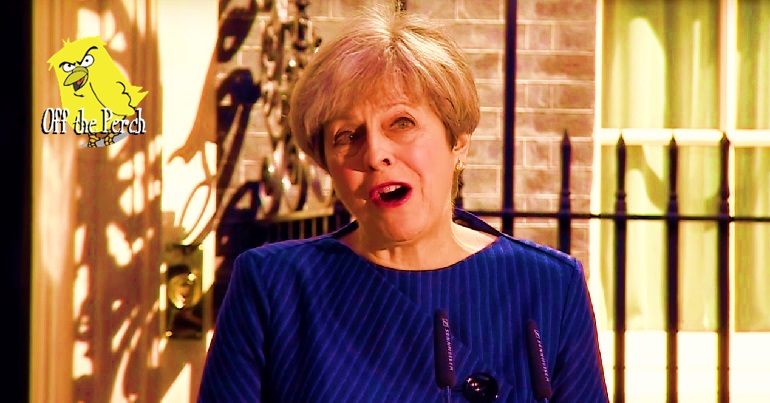 Theresa May has slipped away for the summer, escaping from a Conservative government currently soundtracked by the Benny Hill theme music.

But just before she retreated into the shadows, she publicly appointed the person who’ll be in charge of steering the hole-ridden HMS Brexit in her absence.

“The safest of hands”

I would like to make it very clear that our position at this time is that we must stand up for Britain. Because Britain is Britain, as our record proves. And we are entirely capable of making sure that continues in the most efficient way possible.

For that reason, I have appointed a Brexit tsar from my loyal and united party to maintain a strong and stable front in Brussels during the parliamentary recess. So British voters need not worry. Brexit is in the safest of hands.

Ownback was previously a ball boy for tennis matches between Boris Johnson and not-at-all-controversial oligarchs from Russia. Here he is in action:

In all fairness, could it really get much worse?

While Ownback is not exactly the smoothest operator in politics, he happens to be one of the smoothest people in the slowly crumbling Conservative Party. So although it’s unlikely that he’ll be able to mend the rocky relationship between May’s negotiating team and their counterparts in Brussels, it’s also highly unlikely that he’ll make it any worse. Because let’s face it, that would be a real challenge.