The line between being a racist and criticising apartheid 'not that fine', scientists show - Canary Workers’ Co-op 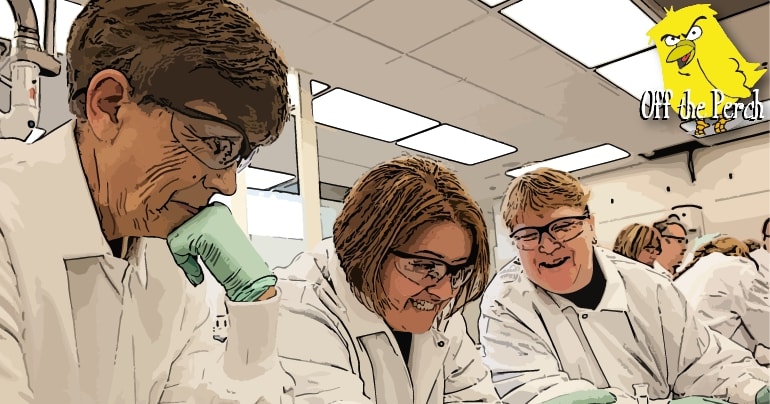 Margaret Hodge has said there’s a “fine line” between “being pro-Palestinian” and “being antisemitic”. Off The Perch asked some scientists to define how “fine” this line is. Their verdict:

this is complete nonsense from Margaret Hodge. it is not a 'fine line' between fighting anti-Semitism and supporting Palestinian people in their struggle. you can do both just fine. to suggest anything otherwise is dangerous and disingenuous. ugh. (fixed) pic.twitter.com/Dbq62hjV8h

Walk us through this

We couldn’t wrap our heads around this, so we had the boffins explain further:

It’s true there are supporters of the Palestinian cause who are antisemitic. Saying there’s a ‘fine line’ between them and the majority who aren’t implies it’s difficult to criticise killing, oppression, and apartheid without also being antisemitic. It isn’t.

You could even compare it to saying there’s a fine line between wanting legitimate debate and just shouting that anyone who criticises Israel is an antisemite.

Hodge also got some flack for a comparison she made between her situation and actual Nazi Germany:

Well. That I'm afraid – and I speak both as someone who is not a fan of the cult of Jeremy, and whose mother fled Nazi Germany – is bollocks. https://t.co/IdaMB5s5Oj

Apparently, Nazi comparisons are fine this week. It’s hard to keep up, because last week they were unhelpful / preposterous / the worst thing in the world.

Maybe they should put an ON/OFF sign up at Westminster so we know if Nazi comparisons are ON/OFF the menu?