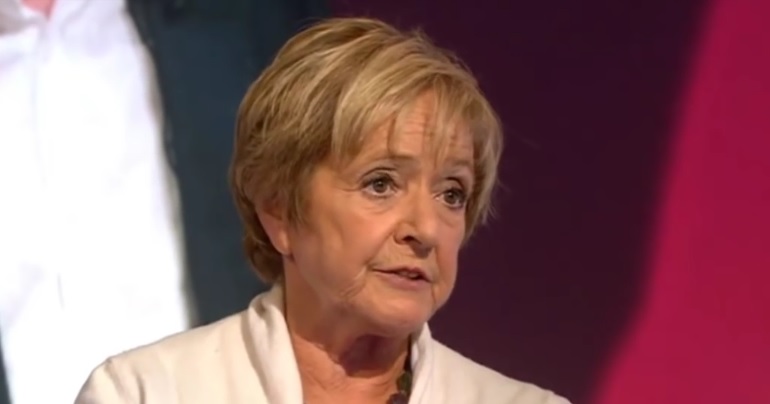 Margaret Hodge compared the Labour Party’s disciplinary process to Nazi Germany on 17 August. People in Britain are reacting in a fitting way, exposing the ridiculousness of her remarks through humour.

The Labour MP made the comparison during an interview with Sky News. Hodge faced disciplinary action after reportedly calling her party’s leader a “fucking antisemite and racist” on 17 July. Labour has now dropped the investigation into her behaviour.

In the Sky News interview, Hodge talked about the disciplinary action, saying it made her think about “what it felt like to be a Jew in Germany in the 30s”. She told the media outlet that during the investigation “it felt almost as if they were coming for me”.

The comparison of the Labour Party’s disciplinary process with Nazi Germany is so extreme and disconnected from reality, it diminishes the seriousness of the issue of antisemitism.

But it was the general public that truly drove home just how ludicrous the comparison is.

Following Hodge’s interview, the #HodgeComparisons hashtag began trending on Twitter. People took to the platform to share comparisons they felt were on the same level as Hodge’s. That’s to say, they offered parallels that were completely absurd:

This morning I received a letter informing me that my credit card payment had been declined.

In many ways, it reminded me of the global financial crash of 2008. #HodgeComparisons

I accidentally nicked my neck shaving this morning and now I know exactly how Anne Boleyn felt when she had her head chopped off. #HodgeComparisons

Clearly, there’s no comparison between a genocidal regime and UK political parties’ disciplinary procedures. Nonetheless, some did call for sensitivity over Hodge’s remarks due to her own parents having fled Nazi Germany:

Dunno what Hodge’s motives are & I get the satirical intention of #HodgeComparisons but it makes me uncomfortable. Maybe she's ‘politicising' but not sure you can say a 2nd generation survivor trivialises the Holocaust if you don’t understand how dominant it can still be for them

But there was outrage recently over holocaust survivor Hajo Meyer comparing Israel’s behaviour to Nazi Germany – and Jeremy Corbyn’s involvement in the 2010 event where that happened. So it’s difficult not to note the relative calm with which Hodge’s extraordinary remarks have entered media discourse in comparison with the furore against Meyer’s just a few days ago.

Obviously, many people on Twitter thought humour, not calm, was the best way to deal with Hodge’s comparison.