Grinch accuses May of stealing his plan to cancel Christmas - Canary 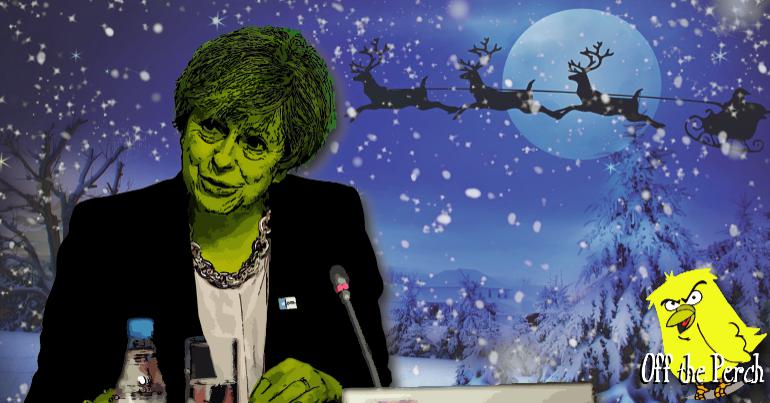 Theresa May is threatening to cancel Christmas if her deal isn’t voted through parliament: 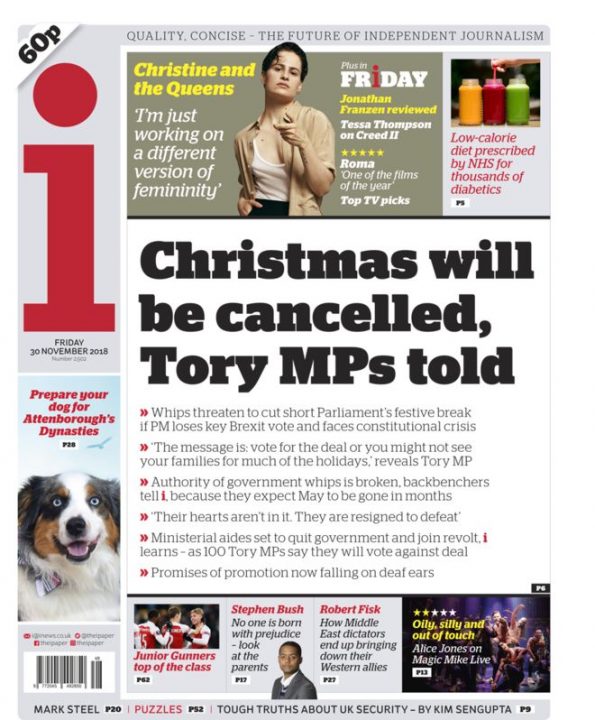 Parliament isn’t likely to agree to May’s Brexit plan, because it isn’t the Christmas cracker they want – more of an undercooked turkey. Despite that, May’s plan to ruin the holiday is already taking a stuffing. Largely because the Grinch has issued a cease and desist letter.

The Grinch has been plotting to ruin Christmas for several decades. He’s never actually managed it, but he has made a great deal of money selling merchandise. With that in mind, he copyrighted the concept of ‘ruining Christmas’.

Speaking to Off The Perch, the Grinch told us why May poses a threat to him:

“I’ve worried she’s ripping me off for a while,

Just look at that frown! Clearly my style!

And observe her hatred of humanity,

None would deny that she took that from me.

But too far she took it, and went after Christmas!

That shall not stand, as Santa’s my witness!

I called up my lawyers and set them upon her.

Now I can’t say more about this legal matter.”

May has denied that she stole the idea from the Grinch. Her nose grew as she said it though, which landed her in further legal trouble – this time with the puppet Pinocchio.

‘Tis the season to be a wally, it seems.