Corbyn is right to avoid the BBC. It’s proven itself totally unfit to host any Brexit debate. - Canary 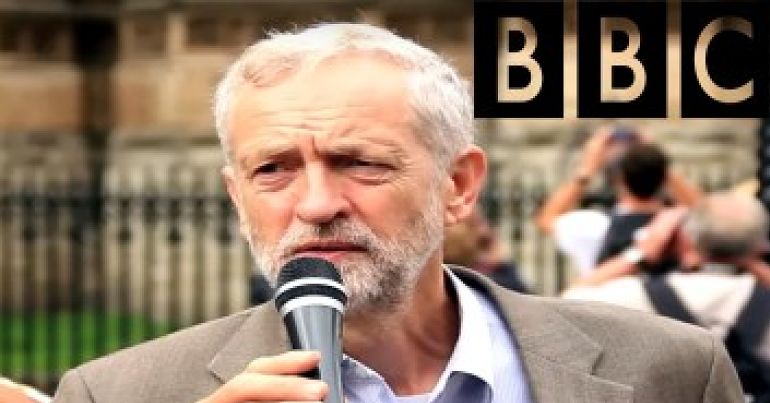 It’s been an embarrassing week for the BBC, and it keeps getting worse. On 29 November, Evolve Politics reported that a “vicar” who had debated Brexit on Newsnight was also a “BBC actor”. And now, reports have emerged which suggest that the BBC has been colluding with the Tory government over the upcoming Brexit debate. The broadcasting company has surely proven itself totally unfit to host any Brexit debate.

On 26 November, Newsnight hosted a panel discussion on Brexit.

One of the panel members was a vicar named Lynn Hayter, who was an ardent supporter of both Brexit and Donald Trump. While Lynn is a “pastor“, she is also an actor who has previously appeared on other BBC shows.

casting a pro-Trump weirdo in a dog collar who then uses her communication skills to put the government case is either an oversight or a poor editorial decision.

Three days after Newsnight’s controversial panel discussion, meanwhile, reports emerged suggesting that “Number 10 were in bilateral discussions with the BBC” regarding a proposed Brexit debate between Theresa May and Jeremy Corbyn:

Looks like Number 10 were in bilateral discussions with the BBC for weeks. Their leaked grid on the 6th November mentions an interview with Dimbleby, and they briefed into Monday’s Telegraph they’d have a “Question Time style session” if Corbyn refused a debate pic.twitter.com/veA3wAUxc4

One report suggested that the “BBC may have been in discussions [with the Tory government] for a few weeks”. And another said: “Mrs May will hold a Question Time-style session with a television audience hosted by David Dimbleby”.

The prime minister may have therefore known about the BBC “invite” for longer than it suggested she had.

This is utterly appalling. Labour and Corbyn should go nowhere near the BBC until this is explained in full.

Impartial debate on the BBC?

Whatever channel hosts the Brexit debate, it’s crucial that it remains impartial.

Jeremy Corbyn has stated that he prefers a one-on-one debate with May. But if the BBC hosts the debate, this seems unlikely. Rather than a direct conversation, the two leaders would reportedly face questions from a mixed panel of members of the public, politicians, and public figures.

According to BuzzFeed News:

Ten members of the panel would have been in favour of the [May’s] deal, while the other ten would have… argued for alternatives ranging from a no-deal Brexit to single-market membership to a second referendum.

Half of the panel members would therefore agree with May’s Brexit plan – and the rest would be divided.

Absolutely amazing. The BBC are seriously pushing for a Corbyn vs May debate format which would include a panel, half of whose members backed the deal, the other half divided between other positions, like a 2nd referendum and No Deal.

Comically rigged in favour of the Tories. https://t.co/smr1TlC6RP

And while impartiality is easier said than done, it’s also a myth that the BBC has ever truly been impartial; especially when it comes to Jeremy Corbyn.

In the words of Australian journalist John Pilger:

around the BBC there’s this sort of cult that if you enter the BBC you immediately rise to a nirvana of impartiality and there are two sides to everything. That’s nonsense to begin with, but the BBC is an extension of the established order in this country.

Ultimately, it’s clear that the BBC is unfit to host any impartial debate on Brexit. Corbyn is right to avoid it.