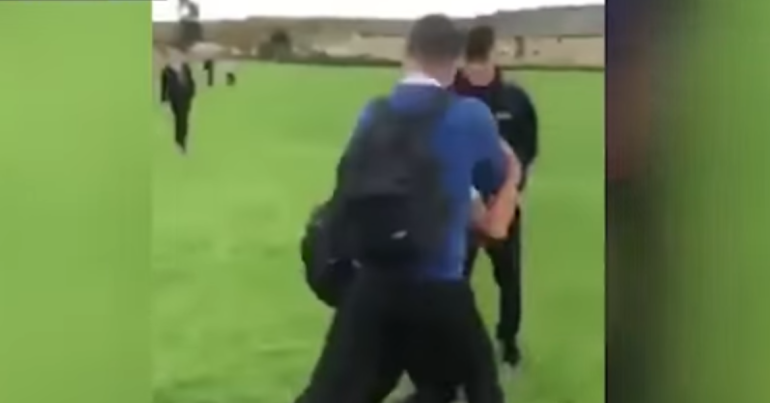 After a young Syrian refugee was filmed being attacked at a Huddersfield school, the British public has responded by raising over £150,000 for his family in just two days. And the campaign is still going.

Thousands reacted to the video with shock, horror, and disgust. And these emotions have now translated into action. As of 30 November, almost 10,000 people have donated.

Jamal, a 15-year-old who fled from Syria with his family in 2010, already had a broken wrist when the attack took place. His 16-year-old attacker is reportedly going to be charged with assault.

Jamal’s family are also now taking legal action against Stephen Yaxley-Lennon (aka ‘Tommy Robinson’) after he made defamatory comments about Jamal on social media. Yaxley-Lennon also admitted to spreading fake news about Muslims in the wake of the attack.

The video was heart breaking to watch and I just wanted to help them out in any way I could. I had the idea to set up this page and through immense support from social media it has all gone really well.

Jamal’s family are refugees in the UK and they struggle to meet the basic necessities of life. We want to raise money for the family to ease their situation and hopefully they can use the funds to help improve their quality of life and to put a smile on their faces. [T]he least they deserve is to live in peace without being harassed.

The outpouring of support and emotion in response to the video has been phenomenal. This, many would argue, is the real face of Britain – and not the racism apparently behind the vicious attack.