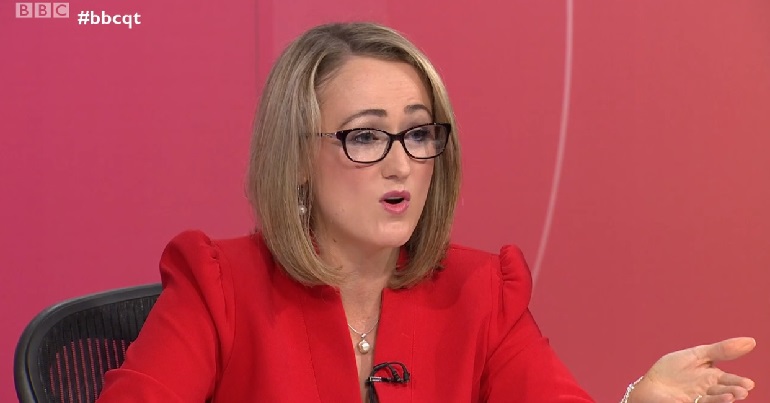 In another week dominated by Brexit, it appeared the government might be able to avoid the many other problems it’s facing. But one moment on Question Time proved that wrong. Labour’s Rebecca Long-Bailey absolutely tore apart the government’s record on mental health.

After nearly a full hour of back and forth on Theresa May’s Brexit deal, one audience member asked a question on a different issue:

What should be done to tackle the crisis of young people’s emotional and mental health?

Long-Bailey responded by taking the government to task on its decisions. She began by describing a case of one her constituents:

I think we’re at a critical point in terms of children’s and young people’s mental health. And I have a case of a constituent in my office, and I never want to see a case like this again, of a teenage girl who suffered from horrendous anorexia. She was offered treatment hundreds of miles from her home. When she was lucky enough to get treatment near her home, she was put on an adult ward – an adult mental health ward – as a young girl on her own. And the system failed her quite frankly.

She then detailed the political decisions that have led to cases like this:

But this didn’t happen by accident. Since 2010, we’ve seen 600m cut from our mental health budget. We’ve lost five thousand mental health nurses. And the UN published a report recently, where they investigated the UK. And they made this statement, and I just want to read it out. They said: ‘The UK government has inflicted great misery on its people, with punitive, mean-spirited ,and often callous austerity policies, driven by a political desire to undertake social re-engineering, rather than economic necessity’.

NHS Digital published a new survey on mental health earlier in November. It found that one in eight people between the ages of five and 19 had what the report described as a “mental disorder” in 2017. This rose to one in six people when looking at those aged 17-19.

The report also found that mental health issues were far higher among young women and LGBTQI+ people. Nearly a quarter of young women aged 17-19 were found to have an emotional disorder. And a third of young people between 14-19 years-old identifying as LGBTQI+ were found to have a mental health disorder. This is nearly three times as prevalent as for their heterosexual peers.

Taken alone, these findings are shocking enough. But when looked at alongside other recent evidence on mental health, the case against the government is damning. For example, a report on Universal Credit found that it is impacting the mental health of some claimants so much, they “had considered suicide”. And the recent UN report on austerity in the UK identified that the government’s cuts are “increasing the need for crisis support and mental health services”.

Given the weight of evidence, it’s clear the government is failing to adequately tackle mental health. And Long-Bailey isn’t letting them off the hook.