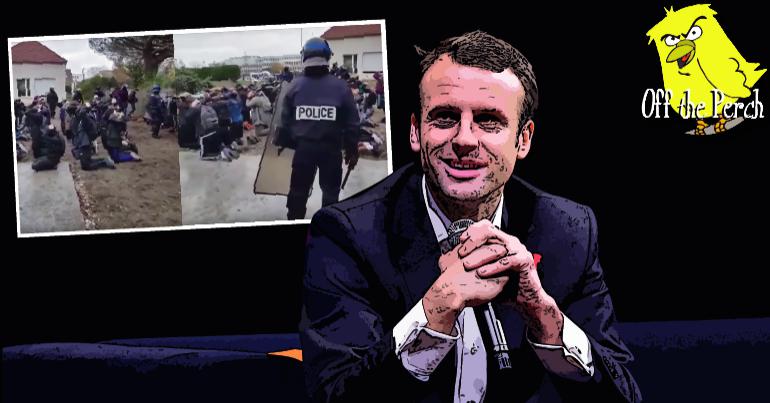 France’s President Macron is probably the world’s most famous centrist. But what is ‘centrism’? Allegedly, it’s finding the middle ground between two extremes. Most recently, Macron found the centre-ground between shooting/not shooting children:

School children in France held under gun-point for protesting

The Centrist paradise that we were told Macron would provide seems not to be coming true.pic.twitter.com/2izxB7ZoiI

The protests in France originally began because of an increase to diesel prices. Obviously fuel emissions need to be dealt with, but how do you reconcile these two positions?

THE RIGHT: Burn anything we can make money from.

Well, if you’re a sensible moderate, you:

The problem is that France – like most countries – is split into two societies: the rich and everyone else. These two societies have competing demands. Thankfully, Macron found the path between these two absurdities:

THE POOR: Tax the rich.

THE RICH: Don’t tax the rich.

Obviously the political right are very big on society-crushing austerity, too. They just crush people in a less moderate fashion than the centrists do.

Macron is faced with an impossible world dominated by fringe opinions like:

THE LEFT: Equalise society so we can tackle climate change together.

THE RIGHT: Divide society even further so we can underpay peasants to fuck the planet for us.

Thank god France has a reasonable chap like Macron to find the practical middle:

MACRON: Tax cuts for the companies driving climate change: lectures about environmentalism for everyone else.