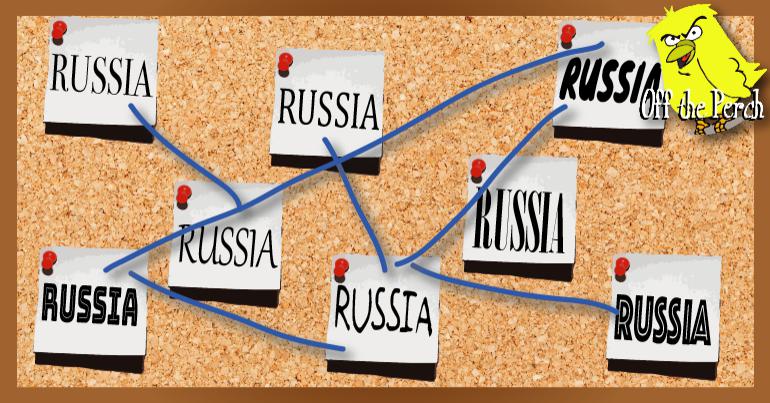 There’s been some very good journalism looking at alleged Russian interference in the EU referendum and US election. The problem is many people now believe the outcome of those events can solely be attributed to Russia. A problem which ignores that decades of failing capitalism meant a feather could have tipped us towards barbarism by 2016.

One of the increasing number of people who thinks Russia is responsible for everything is Twitter user Mike Middlemarch. Off The Perch caught up with him to find out more:

OTP: The US voted for Trump after Obama failed to hold the bankers to account; the UK voted for Brexit following years of austerity; France broke out in violence after decades of worsening living conditions. Do you think alleged Russian interference would have had any impact if those societies weren’t already failing?

MM: Yes – you’re saying that Russia caused the 2008 banking crash in order to kick start austerity. But how?

MM: I’ve got it! They used Myspace.

MM: And then they closed it down – the perfect crime.

OTP: Umm… let’s move on. We know that wealthy countries – including our own – regularly dick about in other countries’ democracies. If we investigate Russian interference, should we also investigate our own behaviour?

MM: I’m not sure we have interfered in other countries, to be honest. I think that’s a conspiracy peddled by Russia Today and Lily Allen.

OTP: So, presumably you also don’t think that NATO expanding its forces along the Russian border may have soured relations?

MM: Ah-ha! I knew you were a Russian apologist when I saw your Twitter handle didn’t have a string of bewildering initialisations at the end of it.

OTP: I’m not so much apologising for Russia’s behaviour – which is awful – as drawing attention to our own – which is also awful.

The interview broke down at this point, with Middlemarch accusing us of being “Russian bots”. He proceeded to shout the word “BLOCKED!” at everyone in the room, and became very upset when he could still see us.

He did try to leave, but tripped over his own untied shoelaces. After falling over, he glared at his improperly secured footwear and screamed: