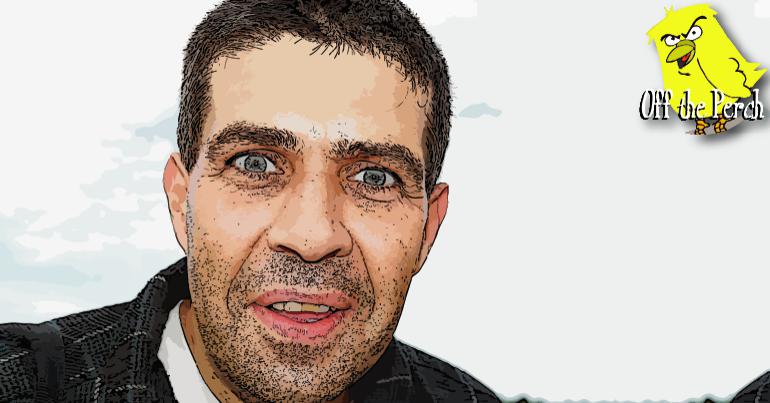 Theresa May is warning that a second referendum could completely undermine the trust that exists between her government and… the one guy left who trusts it.

He’s called Mike Carmichael, and Off The Perch caught up with him.

OTP: So Mike – we’ll ask what everyone is wondering, and that’s why?

OTP: Why do you trust May still? Or at all?

We laughed awkwardly at this point – assuming ‘dead good’ was a pun on her brain-dead, zombie politics. The laughter ceased when it became clear he wasn’t joking.

OTP: You think she’s ‘dead-good’? What has she ever done that’s even remotely good?

OTP: What ‘style’? The way she endlessly repeats the same slogans? The way she never answers a fucking question? Or maybe the way she backtracks on pretty much everything she sets out to do?

MC: She just looks like a proper person, you know?

OTP: She is a fucking person! Being a person is literally the least you could expect from a prime minister!

MC: Yeah, but you couldn’t do it like her, though.

MC: Exactly. She does it so well you can’t even put your finger on what she’s doing. But, saying that, if she calls a second referendum, then I’m finished with the bastard.

To be fair to May, a lot of the country will feel betrayed if the original decision is reversed.

BUT MAYBE THE TORIES SHOULD HAVE THOUGHT ABOUT THAT BEFORE HOLDING A REFERENDUM ON SOMETHING THEY DIDN’T KNOW HOW TO DELIVER?