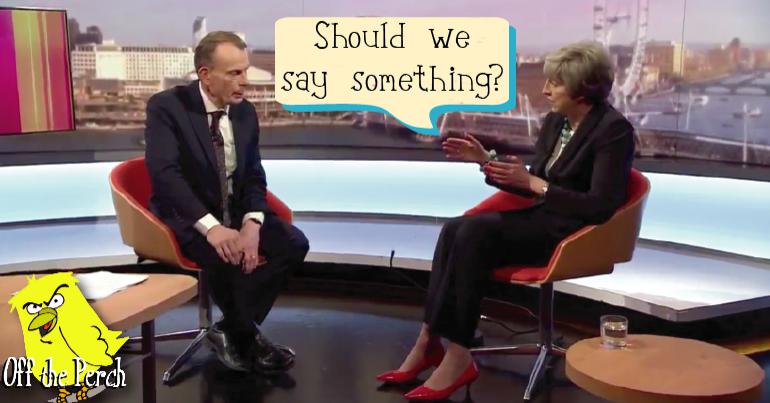 After cancelling her Brexit vote, Theresa May scurried back under her rock for the festive period. As you’d expect, she’s used her time away to do absolutely fuck all. With no new answers, she needed an easy first day back.

The interview between TM and AM went largely as you’d expect:

AM: So, prime minister – would you like to tell us about how awesome Brexit is going?

AM: Yes it does, prime minister. Now would you like to give us an update on the NHS? Some of the usual complainers have been suggesting it’s not quite up to snuff.

AM: You know – just a general ‘question’.

AM: And without interruption – this is the Andrew Marr show after all!

The pair began laughing, but as they did, a young woman who’d previously identified as a socialist came into Marr’s view. The interviewer immediately stood up on his chair – the hairs on the back of his head standing up. He then proceeded to bark at the socialist woman until she went away.

Still, we did learn one thing during the interview. Namely that Marr in 2019 is likely to be just as useless as Marr in 2018.