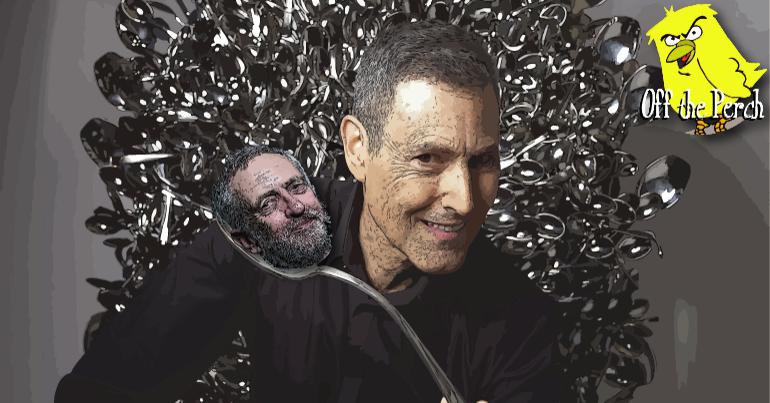 Not much surprises in politics these days. In keeping with that thought, famous spoon ruiner Uri Geller has threatened to use his wicked sorcery on Jeremy Corbyn:

“Knock yourself out, big man,” you’re probably thinking. But is there something to worry about?

As Uri Geller was close friends with Michael Jackson, there’s no arguing that he’s an excellent judge of character. And yet, despite this, he’s taken something of a disliking to Corbyn.

Off The Perch caught up with Geller to find out what he plans:

As we speak, I am firing my mind javelins at Mr Corbyn. Jeremy is a 7th level druid, so it’s taking me some time to break down his defences. The guy eats a lot of cold beans, and as such, his psychic aura is formidable.

When asked what he hopes to achieve with this telepathic warfare, Geller said:

Using my brain magic, I will bend Corbyn’s neck at an untoward angle. Who could vote for such a ridiculous man? Muwahahaha!

Whether Geller can pull this off is up for debate. One source claims he’s already looking for a ‘pre-bent Jeremy Corbyn’ – suggesting he may fake the trick if he can’t pull it off legitimately.

Some people have questioned whether Geller – a man who has claimed to be able to kill livestock with his mind – can be taken seriously.

Unless you run an antique spoon business, of course, in which case you should pre-emptively ban him from your premises immediately.