TIG spokesperson breaks record for speaking without saying anything - Canary 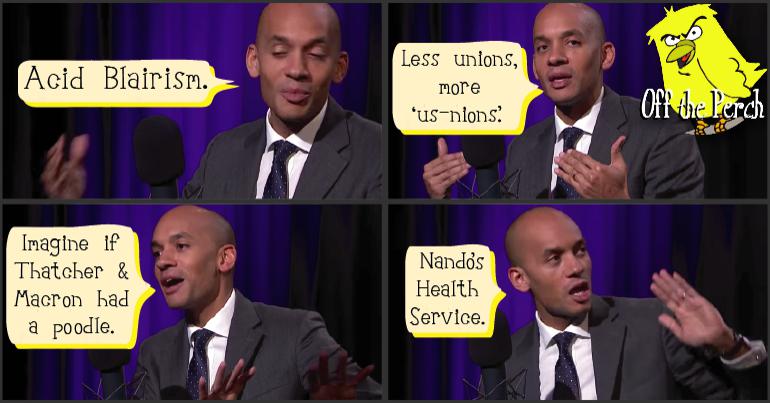 The Independent Group (TIG) has made Chuka Umunna its spokesperson. This makes sense. He is a person, after all, and he certainly speaks – but does he actually say anything?

According to the Guinness World Records people, the answer is an impressive ‘no’.

When announcing his promotion to spokesperson, Umunna said:

It’s all about synergy, yeah? We want to do away with the old ideology of having policies and ideas. Instead, we want to usher in a politics-style results mainframe that responds dynamically to the world without any need to engage vote-providers. Basically, we want to do for governance what Nando’s has done for feeding people.

When asked if this meant creating a bland experience catering primarily to the middle classes while generating poverty wages for the people making it work, Umunna answered:

It’s all about synergy, yeah?

He then carried on talking for a record-breaking 72 hours – producing a stream of words with less content than Tony Blair’s Iraq apology.

Everyone has heard of crowdfunders that promise a lot but deliver nothing. The difference between those scams and TIG is that dodgy crowdfunders at least promise something. TIG is vaguely talking about a new form of politics it can’t explain and hasn’t even figured out yet.

This makes Chuka Umunna – the man with many words but no ideas – exactly the person to speak on its behalf.