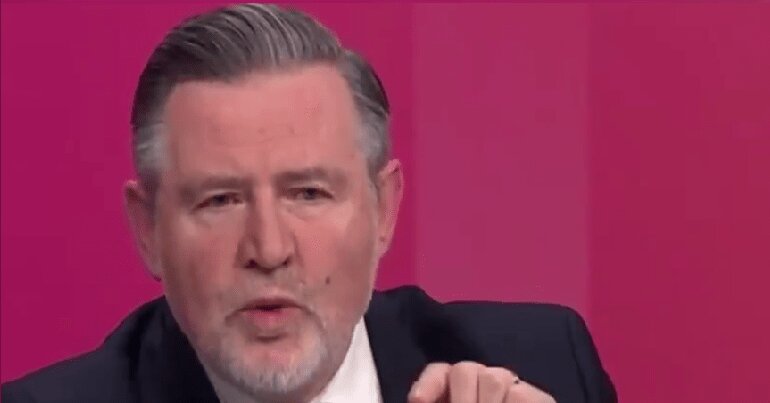 “That was Jeremy Corbyn”

Countering the establishment line that Corbyn has been antisemitic, Gardiner said:

Can I go back to the 23rd of April 1977 when in Wood Green there was a right-wing antisemitic march through a part of London, which was a heavily Jewish part of London. The person who organised the counter-demonstration to that was Jeremy Corbyn.

Throughout the last 30 years, I don’t think there is anyone in parliament who on issues of antisemitism, on issues of racism, and on issues of equality has consistently, whether it’s in motions… parliamentary debates or whether it’s in direct action on the streets, has taken a more active and vociferous role in fighting for equality, for minorities and for people who have been at the receiving end of racist violence… When I hear people trying to vilify him, this is someone who has, in the media… been a Czech spy, a Russian spy…

Jeremy Corbyn has set a gold-standard record on racism. pic.twitter.com/u7ohuKlma4

In 1977, Corbyn faced an antisemitic demonstration from the National Front. A counsellor at the time, Corbyn unified the antifascists and trade unionists in a counter-protest.

And it goes well beyond the counter-protest. Corbyn’s record on challenging antisemitism is the gold standard:

It’s true that Corbyn has never been antisemitic and that the media and right-wing is weaponising antisemitism against Labour. But that doesn’t mean there isn’t any antisemitism on the ‘left’. There is and it needs tackling.

That said, with the above facts in mind, it’s clear that the establishment media is attempting to reverse reality. Corbyn is, in fact, a lifelong antiracist. And it’s down to us to set the record straight.