David Lammy's take down of Comic Relief is spot on - Canary 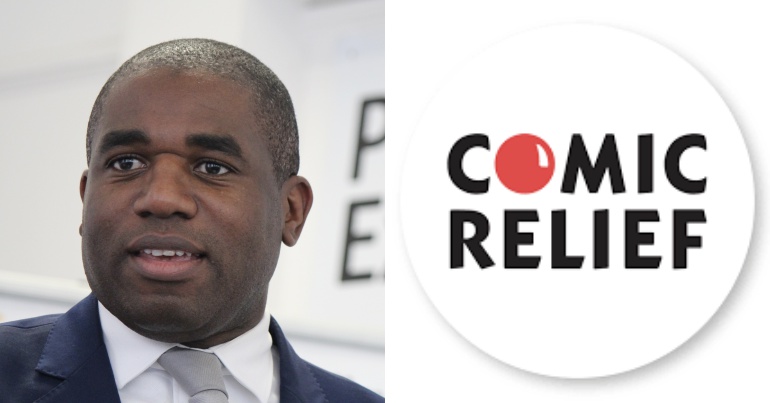 David Lammy has taken on the might of Comic Relief. And he’s absolutely spot on. Because – no matter how well-intentioned they may be – white celebrities posing with children in Africa perpetuates ‘white saviour’ stereotypes. This, in turn, totally ignores the consequences of white colonialism and masks some of the most important aspects of the economic crisis in Africa.

On 25 February, documentary filmmaker Stacey Dooley shared an image on Instagram: she’s standing alone holding a young Black child in Uganda. So Lammy was swift to point out the issues:

The world does not need any more white saviours. As I've said before, this just perpetuates tired and unhelpful stereotypes. Let's instead promote voices from across the continent of Africa and have serious debate.https://t.co/LySa0BXeyi

Speaking on the Victoria Derbyshire show on 28 February, Lammy explained in detail why this image is so problematic:

That image evokes for lots and lots of ethnic minorities in Britain a colonial image, a white beautiful heroine holding a Black child with no agency, no parents in sight… So it’s not that the charity isn’t good but Comic Relief is doing very little to educate its public…

As Lammy also pointed out, Dooley’s image is:

A perpetual image of people who are impoverished, who need white celebrities who are largely uneducated about the context… despite the fact that Stacey Dooley is popular and has done some fantastic journalism, the image… conveys an age old trope that’s her as the heroine, that’s the Black… child that’s victim. And we’ve got to stop it… The BBC, which has a responsibility to educate… for equality and multiculturalism is failing if it allows Comic Relief… just to sit back with the same old white privilege…

The crux of his argument is vital to understand. Because as Lammy stated, to really make any kind of difference Comic Relief needs to work alongside “trade, governance and effective campaigning” in Africa.

“The image is a perpetual image of people who are impoverished, who need white celebrities”

“Is the issue with me being white?”

This issue exploded on social media when Dooley responded, to ask Lammy – with no sense of irony – “is the issue with me being white?”. As The Canary‘s Afroze Zaidi-Jivraj pointed out:

Yes, Stacey, yes. The issue is that you are white.

And that you don’t understand white saviourism and how it has negatively impacted the African continent.

Glad we cleared that up. https://t.co/JUWbDkVHHq

Lammy’s response to all white people who still don’t ‘get it’ was also spectacular:

It’s 2019! This way of raising money is tired and outdated. I wish they would change the record and realise all it does is perpetuate an age old colonial troupe that encourages supine Westerners to give but continue in total ignorance of what’s really happening in the continent. https://t.co/6u3jKiVjs8

Comic Relief issued a statement defending Dooley and its work. It claimed Lammy hadn’t responded to requests to take part in Comic Relief. Lammy, however, was quick to point out both the truth and the bigger issues:

You continue to miss the point. Flying me, a British politician, out to speak for citizens of a continent I have never lived on is more of the same patronising fluff. Please invite an African filmmaker, celebrity, farmer, teacher or businessperson to make a film in my place. https://t.co/5heWUWRHZj

My job as a politician is to raise the issue. The people of Africa do not need a British politician to make a film. I want African people to speak for themselves, not UK celebs acting as tour guides.

Lammy also shared a video of award-winning comedian Njambi McGrath pointing out that this is the “kind of comedy” that Comic Relief could show. As McGrath wryly says of “posh white girls”:

‘Oh my gosh! I’m so fed up of everything being fine. I want to spend some time with orphans.’ And off they go to Africa.

The kind of comedy that could be shown on Comic Relief.pic.twitter.com/4pIAbfhxPd

Many people stand with Lammy and McGrath on this:

Sad but true
The media's obsession, especially in Hollywood (think The Blind Side, Freedom Writers) with white-saviour narratives sidelining people of colour from their own stories.
I think it's time we stop perpetuating these same ideas from the banner of colonialism.

Mr. Lammy, I am sure you probably have read or heard about the book called Full Factness, It fully backs up what the point you have been making. There is so much good things happening in Africa, yet some people only want to think about the bad. Thank you for your stance.

“Tired and patronising to Africans”

Lammy has consistently challenged Comic Relief. As The Canary reported in 2017, he explained in the Guardian why it’s so important that we don’t treat developing countries as charity cases, and instead look at the wider economic situation. Neo-colonialism and neo-liberalism go hand in hand as corporations continue to cripple the African economy. Yet Comic Relief never shows this context. As Lammy said of Comic Relief:

It still blurs the 54 separate, sovereign nations into a single reservoir of poverty, grief and suffering.

we silently acquiesce to global corporations’ asset-stripping of poorer nations… the Red Nose Day formula is tired and patronising to Africans.

As Lammy and McGrath show so brilliantly, it truly is time for celebrities who want to ‘play’ white saviour in Africa to back off, wake up and learn.