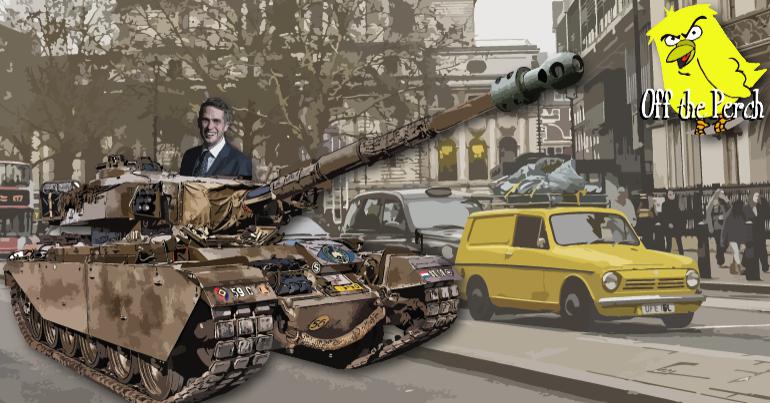 Despite years of austerity, crime in the UK has risen – particularly knife crime. The government is unsure how this has happened, because people shouldn’t be able to afford weapons at this point. Regardless, there’s a very clear solution – and that’s to send in the army.

There are three main signs that a country is basically doing okay:

The Tories have failed on the first two: could failing on the third sort things out? Chris Grayling is known for saying ‘three or more wrongs sometimes make a right – and if not a ‘right’, at least a ‘distraction’ from whatever you did wrong in the first place”.

The good thing about using the army is we’re paying them already, so it’s cost free! Brilliant, yeah? Also, we’re only involved in about five or six conflicts at the moment, so the lads need something to do. They’re well up for it anyway, because I told them it would be bants. The chicken pot noodles are on me!

Of course, some people think austerity might have played a part in rising crime:

Bringing up stop and search serves one purpose: ending discussion about the fact that austerity has reversed a decades' long trend of falling violent crime.

The question we should be asking our Prime Minister is whether she cares more about saving money or saving lives. pic.twitter.com/PjM5SRlmDo

If austerity is driving people towards crime, it’s likely the UK will need more austerity to teach these poor idiots a lesson.