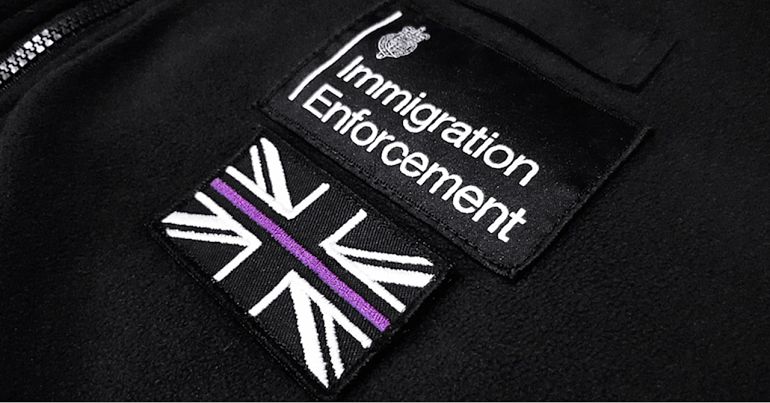 A video has emerged showing police as well as customs and immigration control officers at Victoria Coach Station in London. It appears to show people being directed through a makeshift checkpoint, with scanners and body searches. The woman who posted the video had travelled to London on a coach from Birmingham.

Nia Imara posted the video to Facebook on 5 March. Titled ‘Know your rights’, it shows a long queue of people and a significant police presence. Whilst filming, she says:

This is.. Victoria [Coach] Station, 7.15 in the morning, immigration doing their thing. Never seen this before… This is England, everybody. This is what’s to come. No sorry, this is what’s going on. This is Brexit.

What legislation, act or statute is this under?

Well, people can volunteer… to be searched. Or, if there’s grounds we can search under the Anti Social erm… it’s an act in 2014.

When asked for further details, he says he “can’t remember the full title, it’s the Anti-social Behaviour and something act”. Imara films the queue of people waiting patiently and points out that “everyone looks like they’re behaving themselves”. The film shows a security scanner and police searching bags. The officer asked for details about the search appears to read from a phone, before informing Imara that searches are taking place under the:

Anti-social Behaviour, Crime and Policing Act 2014… Which gives us the power to search at locations like this where people are transiting through from other countries.

“Power to search anybody?”

Imara also asks the officer if this gives police “power to search anybody”. He says: “yup, for travel documents”. She questions him further when he claims that all the people in the queue were on international coaches, pointing out that she has travelled “from Birmingham”. She also explains that “a lot of people in the queue” haven’t travelled from other countries.

Eventually, after standing her ground and refusing to be searched, Imara passes through the control and is told:

There was a misunderstanding with the coaches.

Someone later asks why she’s filming.

MPS officers used powers contained within Schedule 8 Sec.147 of the Anti-Social Behaviour, Crime and Policing Act 2014, requesting passports from persons arriving into the location via international coaches for validity checks.

During the course of the operation, it became apparent that passengers from a UK coach had been mistakenly marshalled into the international queue for screening.

Once this error was realised those who were in the queue in error were allowed to leave the queue.