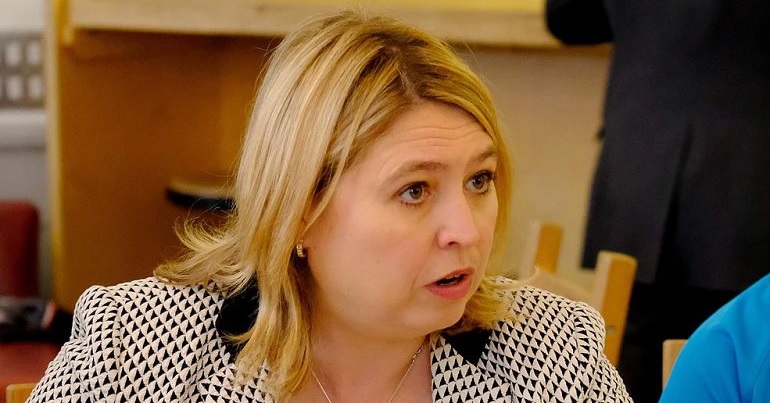 Secretary of state for Northern Ireland Karen Bradley has angered victims’ families by saying killings carried out by the police and army during the conflict in Ireland “were not crimes”. Later she clarified by saying:

where there is evidence of wrongdoing, it should always be investigated.

Bradley has also now apologised for the comments. But families want her to resign, particularly as 14 March approaches. This is when the prosecution service in the north of Ireland decides whether to prosecute British soldiers for the Bloody Sunday murders or not.

Bradley responded to a question from the DUP’s Emma Little Pengelly on 6 March. 10 DUP MPs currently keep the minority Conservative government in power. Pengelly, whose father is a convicted loyalist terrorist, asked when the secretary of state would “put in place a mechanism to investigate the over 90% of acts of terrorism”. This percentage figure applies to killings by republican and loyalist paramilitaries during the conflict.

Bradley was in agreement with the DUP MP’s figures and said she looks forward to:

working with her more to ensure that we can deliver the much needed reforms and changes that we all want to see.

Earlier, Bradley said members of the military and police who carried out killings did so:

under instruction and fulfilling their duties in a dignified and appropriate way.

The Pat Finucane Centre (PFC) supports families who lost loved ones during the conflict. Paul O’Connor of the PFC told The Canary that Bradley “has angered the families so much” and the “level of anger is unfathomable”.

O’Connor believes either Bradley doesn’t understand legacy issues or she’s playing to the “military wing of the Tory party”.

The PFC met Bradley in May 2018 to put forward the families’ case. But just days later, as reported by The Canary, Theresa May falsely told the House of Commons that British security forces were the only ones under investigation.

Bradley’s comments come after new proposals from defence secretary Gavin Williamson. He wants to protect army veterans from prosecution for alleged offences that happened more than 10 years ago, including the murder of innocent civilians.

According to O’Connor, Bradley is “unfit for office” and “is to legacy what Chris Grayling is to transport”.

Inaccuracy and collusion with loyalists

Meanwhile, Bradley also got her facts wrong. The table below, issued by the Police Service of Northern Ireland (PSNI), illustrates of the 1,188 cases under investigation almost 30% relate to “security forces”. 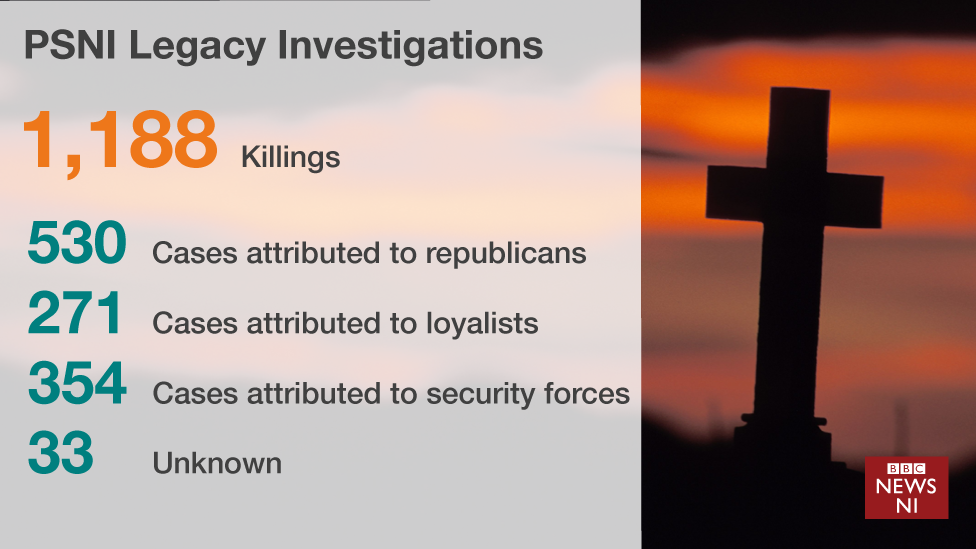 But not even this table tells the full story. Because a number of murders carried out by loyalist terrorists were in collusion with British security forces.

Where to this time?

The 14 March is a significant date in dealing with legacy issues. What the prosecution service in the north of Ireland decides is of huge importance.

But there’s little hope that Ireland and the UK can deal with the legacy of the conflict if senior Conservatives treat it with contempt. A good first step would be Bradley’s immediate resignation. And while it will take more than a resignation from an ignorant politician to show the Tories understand the conflict and its legacy, it’s one of many steps we need.