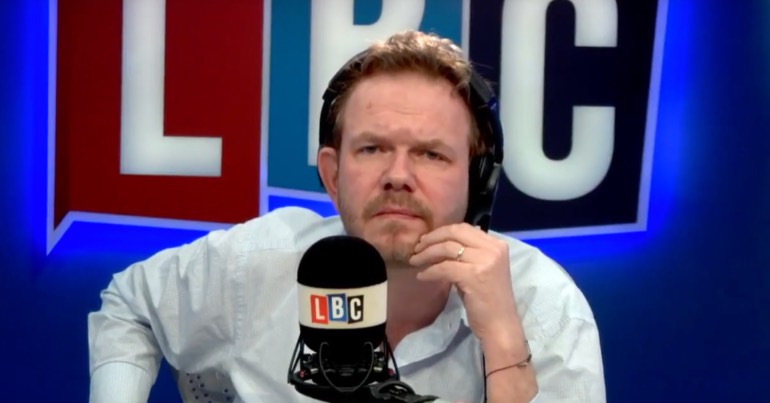 The Conservative Party is ‘institutionally’ Islamophobic

O’Brien contrasted the media’s treatment of antisemitism to Islamophobia:

"Imagine if Owen Jones wrote an article about there not being enough anti-Semitism in the Labour Party. How the hell is that different from Rod Liddle arguing that there's not enough Islamophobia in the Conservative Party?"@mrjamesob | #Islamophobia pic.twitter.com/NAh8A5DPg5

Imagine if Diane Abbott or John McDonnell came forward with comments about Jewish women being like letterboxes, or made a joke about the wigs that orthodox Jewish women wear. Made a joke that invited people to mock and condemn them.

The letterbox remark is a reference to comments made by Conservative MP, Boris Johnson, about women wearing the burqa.

Imagine if, for example, John McDonnell said, ‘Why do all these Jews walk around with frisbees on their head?’

Explain to me how that would be substantively any different to what Boris Johnson said about Muslim women’s sartorial choices, the ones that make them look like letterboxes. Do you see what I mean? That’s not even controversial, that comparison.

Just imagine Owen Jones writing an article about there not being enough antisemitism in the Labour Party and then tell me how the hell Rod Liddle gets to write an article arguing that there’s not enough Islamophobia in the Conservative Party.

And he’ll still get invited on to programmes and into studios. And Andrew Neil can still claim when he’s covering these issues that he’s impartial. And Fraser Nelson can host an event at the Palladium with Jacob Rees-Mogg, whose fans are so vile that 14 of them have been suspended from the very party.

Just swap all of those phrases. Swap Islamophobia for anti-Semitism. Swap Rod Liddle for Owen Jones. Swap Fraser Nelson for Jason Cowley over at the New Statesman and swap Jacob Rees-Mogg or Boris Johnson for John McDonnell or Tom Watson.

And you tell me that we don’t live in a country that is utterly upside down.

O’Brien has a point

As The Canary has argued recently, the media’s bias in focusing on Labour antisemitism is obvious. For example, when the BBC’s political editor, Laura Kuenssberg, finally acknowledged the Conservatives’ Islamophobia, she said it was:

…on a different political scale…

This caused an uproar on social media. Novara Media’s Ash Sarkar said Kuenssberg’s comment created a, “hierarchy of racism”. And many others said it was only on a “different political scale” because the media choose to focus on one story and not the other.

As The Canary also reported, in a comment directed at a Tory MP about Islamophobia, the BBC’s Andrew Neil said:

and because of the row over antisemitism you’ve got away with this.

But the media’s focus on antisemitism isn’t inevitable, it’s a choice. And so Neil should more accurately have said: ‘because we the media have no interest in holding the Conservative Party to the same standards over racism as Labour, we have let you get away with it’.

Is O’Brien guilty of the same bias he criticises?

O’Brien’s comments are welcome. But he is as guilty as anyone for jumping on the media bandwagon and obsessively focusing on Labour antisemitism. He is part of the same media machine that relentlessly whips up hysteria and energises negative narratives about Jeremy Corbyn’s Labour.

But when the media only focus on alleged racism within Labour and not the Conservative Party, they create ‘worthy’ and ‘unworthy’ victims of racism. And they also choose to damage one political party and not another.