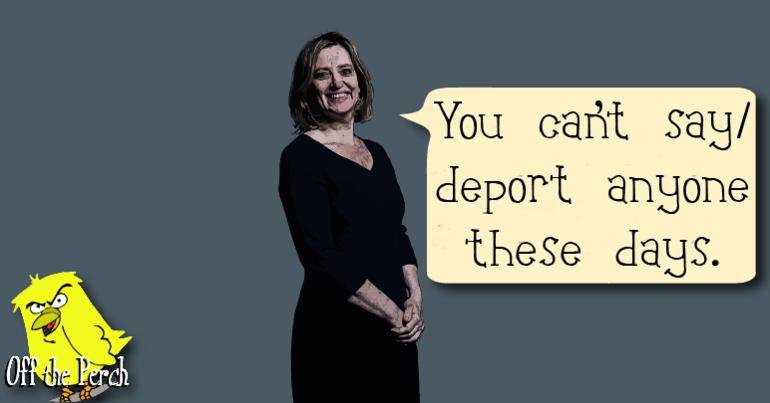 Amber Rudd, who oversaw Theresa May’s ‘hostile environment’, used a racist term on 7 March. According to her, this was just a slip of the tongue – not a sign of underlying racism. As a disgraced, former home secretary who illegally deported non-white British citizens, we should obviously give her the benefit of the doubt.

Rudd spoke with journalists to clear things up:

It was just a mistake, okay? It’s very simple to mix up ‘woman of colour’ and ‘coloured woman’.

Someone asked if she’d previously mixed up ‘British citizens of colour’ with ‘deportable non-people of colour’, to which she responded:

I will admit that mistakes were made, but this PC culture is getting too much. You can’t illegally deport anyone these days without someone accusing you of being some sort of criminal racist. The abuse really has to stop.

When asked if the Tories could do more for British people of colour, Rudd said:

What, like give them £20 when we kick them off the plane or something?

When it was suggested that this constituted another racist gaffe, Rudd threw her arms up, got back in her ‘Go Home’ van and drove away.