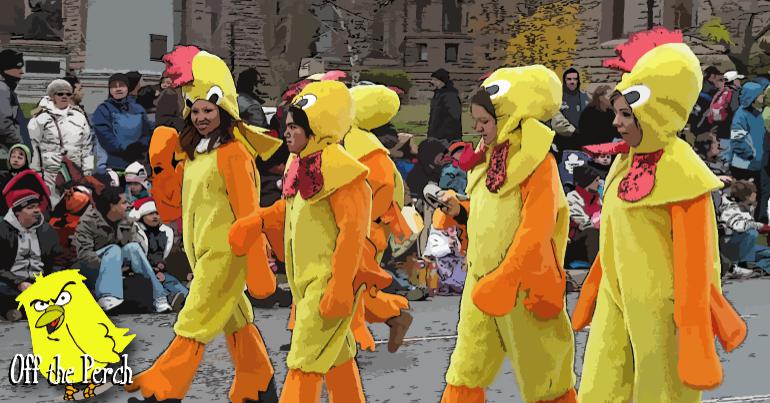 Many were surprised to see Chuka Umunna proposing national service for young people. This wouldn’t be military service, but instead some sort of corporate away-day nonsense designed to bring young people together. And now we know exactly what this so-called ‘citizens service’ might look like.

Speaking to the journalists who materialise every time he speaks out loud, Umunna said:

Young people can learn everything they need to know from Nando’s. Firstly, they get to work inside a thriving company. Secondly, they get some of that PERi-PERi multiculturalism. And thirdly, they learn that most important of all characteristics – cheekiness.

At this point, someone asked if these children would be getting paid for working at Nando’s. Umunna looked uncomfortable at this point and blurted out:

The Independent Group is definitely not the political wing of Nando’s hostile takeover of the UK!

Umunna’s strange denial led to some digging. It turned out the so-called Independent Group is actually a subsidiary of Nando’s. Pictures have also emerged of a man in a chicken costume handing Chris Leslie a carrier bag filled with greasy five-pound notes.

The Independent Group is having a "Cheeky Nandos". Anna Soubry looks thrilled… pic.twitter.com/lKpw1C4FeH

So is the political group actually an attempt by a somewhat popular fast-food chain to acquire itself free child labour? Possibly not. Although it wouldn’t be any less backwards than what the Independent Group actually stands for.