Owen Jones knew last week's Question Time was bizarre. But it was way worse than he thought. - Canary 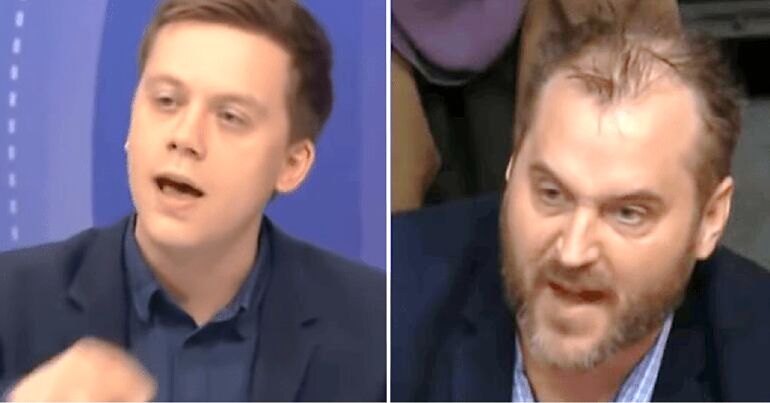 Columnist Owen Jones knew BBC Question Time on 7 March was bizarre. But Jones didn’t realise the extent of the problem until he returned home from participating on the panel:

This is getting silly. Here's number five, the husband of a Conservative councillor who is Dudley's Spokesperson for Health and Wellbeing. pic.twitter.com/TVlycSZj5P

It turns out five of the audience members who spoke during the episode were Tory activists. And, according to the local Dudley Labour Group, three of them had actually stood for council election:

And we in Dudley can confirm we know three of them are Dudley local election candidates. I'm sure we will confirm others in coming days. None of them declared in their questions they were Tories activists#torytimenotQT@Ofcom@skwawkbox https://t.co/h4OLmHE0Ge

In response, the BBC claimed that Question Time accommodates a “range of political opinion”:

Hi Owen. Last Thursday's QT in Dudley included activists from both the Labour Party and the Conservatives. The programme always seeks to reflect a range of political opinion https://t.co/zny5J8oMWq #bbcqt

But a significant amount of the show’s audience airtime went to five Tory campaigners. Jones pointed out that one of the audience members, Richard Tasker, is vice chairman of Dudley North Conservatives. Tasker also posted a photo (later deleted) of him with home secretary Sajid Javid two days later, saying Javid thanked him for “shutting Owen Jones up on Question Time“:

The latest Question Time incident comes hot off the heels of a series of controversies. Viewers called out the 7 February edition for hosting former UKIP candidate Billy Mitchell in the audience for a fourth time. Mitchell also claims that producers ‘bussed him in’ specifically and that the BBC sends him “offers for tickets all the time”.

Meanwhile, Question Time also faced widespread condemnation for its episode on 25 January. Pressure from viewers forced host Fiona Bruce to issue an on-air clarification while chairing the following episode, although she stopped short of apologising and admitting that she was peddling falsehoods about polling data. The host had adamantly claimed that Labour was behind in the polls, alleging home secretary Diane Abbott was wrong to think otherwise. Labour and the Conservatives were about neck-and-neck at the time. Throughout the show, Bruce and right-wing journalist Isabel Oakeshott seemed too busy attacking Abbott to even remotely hold the government to account. And this despite a Conservative minister being on the panel shortly after Theresa May suffered the greatest governmental defeat of all time.

Knife crime… “What do we expect?”

On the 7 March edition, Jones cut through the Tory activists and predominantly right-wing panel to lay out the root causes of knife crime:

The easiest thing I could now do is put the boot into the government over those 21,000 police cuts… But I worry this debate often is too focused on the issue of… law and order… What do we expect when hundreds of youth clubs have been closed…. when the wages of young people are falling more than any other age group… when the government slash per-pupil funding… when mental health services are so under-resourced that 150 kids are being turned away every single day…

Knife crime is surging – and a society that puts money ahead of young people's lives is to blame. pic.twitter.com/D5dmp6nMHH

It’s becoming hard not to think of Question Time as a reactionary setup to shut down progressive solutions. Unfortunately, the programme hosting five Tory activists in the audience is hardly even surprising. The show is becoming more of a joke every week.