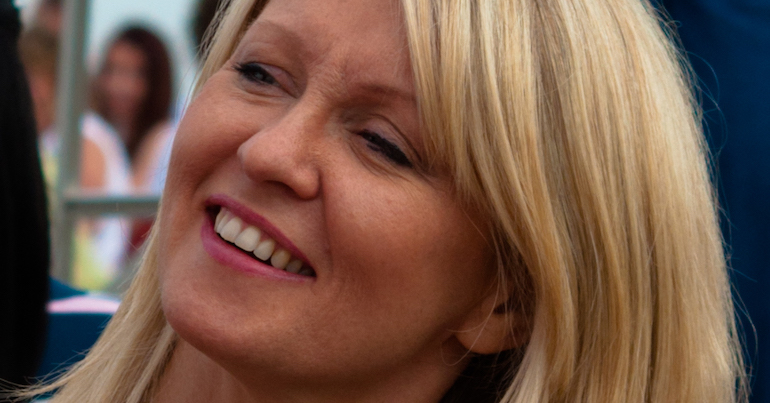 On 10 March, Esther McVey shared a series of tweets about Brexit. By 11 March, she’d deleted one tweet that contained a link to false claims that EU members may be forced to accept the Euro by 2020. Let’s not forget that in July 2018, McVey was also forced to apologise to parliament for making misleading claims about welfare policies.

McVey started the day saying that “trust in our politicians is at an all time low”:

Over the weekend I’ve received lots of emails – all saying the same thing – trust in our politicians is at an all time low with many using the phrase Brexit betrayal.
Here’s an article I wrote last week exactly on this point.#PoliticiansWakeUp#trust https://t.co/aktE0vfL7v

In the now-deleted tweet, she followed this up with a link to a 2014 thinkpiece in the Telegraph, headlined: After 2020, all EU members will have to adopt the euro. But McVey presented this as fact stating:

Are the public aware of this? And the many other things the EU has planned for its member states after 2020? #trust #Watchout.

@ByDonkeys . Esther McVey has niw removed this but she said it. Another one for the hall of shame. #EstherMcVeyShouldResign pic.twitter.com/zlnaF6dgxa

In fact, later, McVey even noted that many people ‘disagreed’ with her. But she seemed to suggest that facts are not facts. And she also refused to apologise:

From reading the comments, even if you don’t agree with the article I posted, I think we can all agree on one thing – we never want the UK to join the Euro
True or false ? #true https://t.co/GGsGlQJfZn

And this is important because, as EU law professor Steve Peers pointed out, the Telegraph headline “misstated both the law and the content of the article”:

“OK I lied my balls off”

There’s no way around it. As many people pointed out, McVey lied:

Esther McVey:
“Trust in our politicians is at an all time low, it’s time to wake up”

Esther McVey (12 hours later):
“Ok I lied my balls off but I’m not apologising or deleting my tweet” pic.twitter.com/gNQ5iv8Kaj

Esther McVey has now deleted her “Euro” tweet. With no explanation or apology.

Significantly, it seems that McVey may have breached the Conservative code of conduct:

McVey’s hard-Brexit stance is no secret. In November, she resigned from the government, along with several high-profile cabinet ministers. Although she deleted the tweet, the fact remains that it was seen by thousands of people on Twitter.

It also came at a crucial moment in the ongoing Brexit chaos. MPs were due to vote on Theresa May’s latest Brexit deal on 12 March. Amid reports of a ‘deadlock’, there have even been whispers that May might cancel this next crucial vote.

So with only 19 days until the UK is due to leave the EU, it seems that there’s still no deal and prominent Tory MPs are lying in public. Again.